The inspiring landing of Nasa’s Perseverance Rover was streamed live for over 60 minutes on the giant Picadilly billboard last Thursday evening. People tensely watched on as multiple cameras showed the Rovers descent towards the hazy surface of Mars. 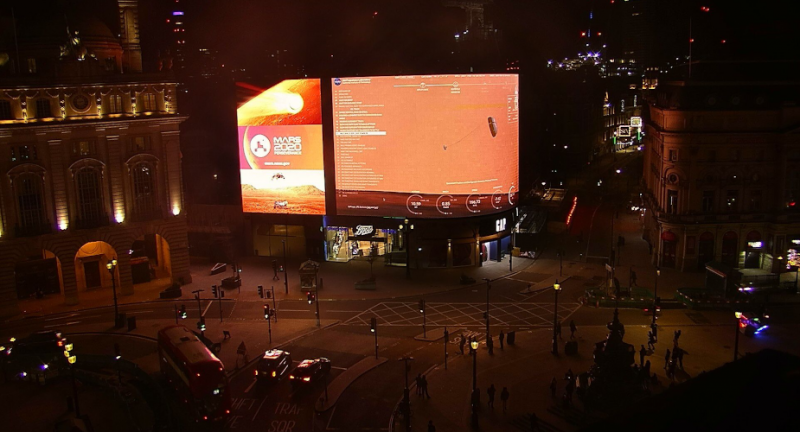 Upon landing, the Rover began sending across the first still images from the surface of Mars where it will begin its newest mission, exploring the Jezero Crater, an ancient lake that existed 3.6 billion years ago. 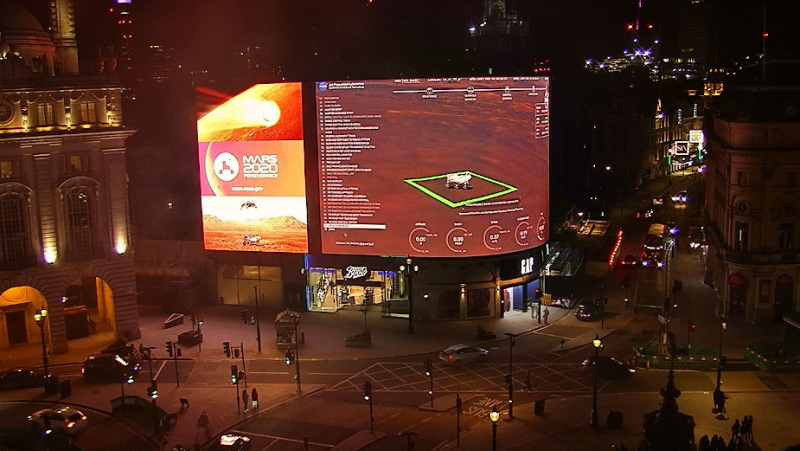 The campaign was made possible through a close partnership between Nasa, Ocean Outdoor, and Landsec. Unfortunately, it wasn’t possible to show a live feed the moment the Rover landed, as the cameras on the outside of the vehicle could not survive the entry into the Martian atmosphere.

Instead, signals from the Rover sent to NASA’s Jet Propulsion Laboratory in Southern California allowed viewers a real-time animation of the Rover as it made first contact with the surface. Check out the full livestream from Nasa ALL Cause Related Inspiration Other Technology