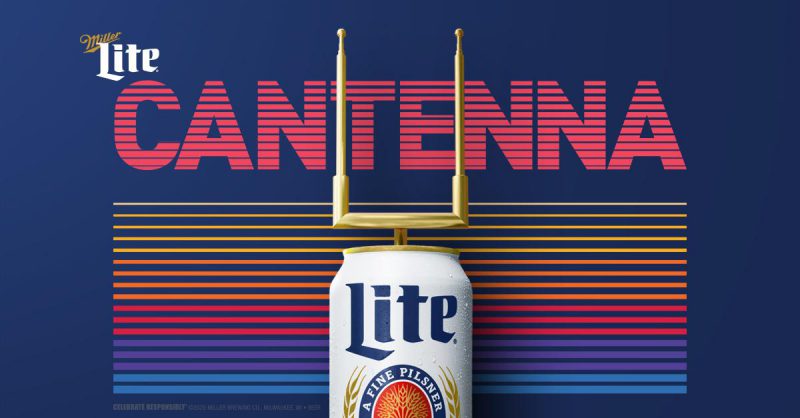 Miller Lite is offering football fans a new way to watch the game with the release of Cantenna – a fully functional beer can TV antenna.

The Cantenna is designed for fans that have cut the cord and no longer have access to football games on TV. Like many of us, fans are now relying on streaming sites to catch a glimpse of the match, which the beer maker points out is often illegal and unreliable. 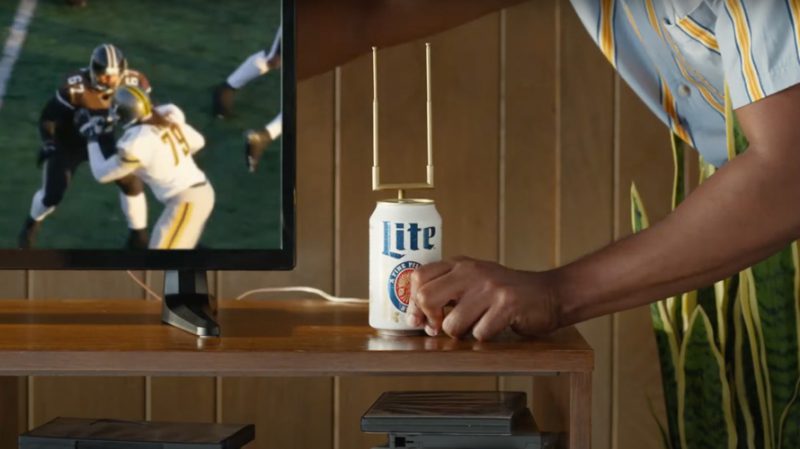 The Cantenna aims to solve these problems by being the closest thing to a football subscription without the cost. But how do you reach the fans that are desperately looking for a viable stream to watch the game?

Alongside the Cantenna, Miller Lite also created its own dummy streaming site, complete with suspicious ads and annoying pop-ups.

Those that fell for the fake stream were met with a doomsday scenario. As a parody of the Sunday Primetime song comes on we’re introduced to a man that’s invited his friends over to watch an illegal stream of the game. As you’d expect things quickly turn bad and our protagonist winds up finding himself in a sketchy prison being shouted at by a lawyer.

Stephanie Clanfield, associate marketing manager at Miller Lite said in a statement. “In order to really disrupt cord-cutters we couldn’t rely on typical marketing tactics, instead we chose an unconventional approach to serve them up something unforgettable during a time when they were the most engaged.”