Lego and Nintendo have teamed up to create a new Lego set that assembles into an 8-bit model of the Nintendo Entertainment System, along with an interactive TV displaying Super Mario Bros. 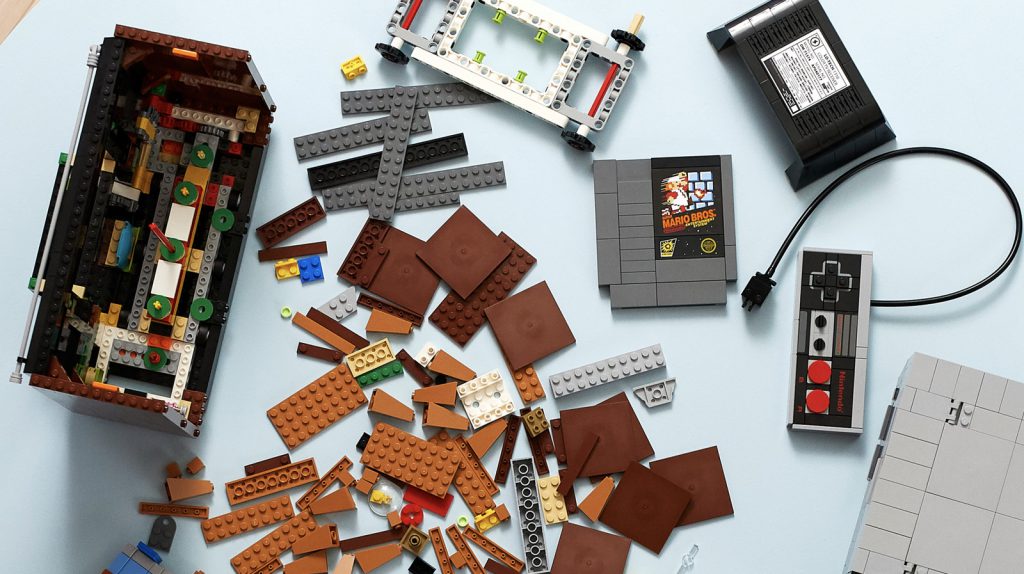 The Verge reports ‘Designed for adult builders, this new set contains 2,646 pieces that combine to create Nintendo’s first home console as well as an NES controller, a game cartridge that can fit into the console, and a miniature retro TV. 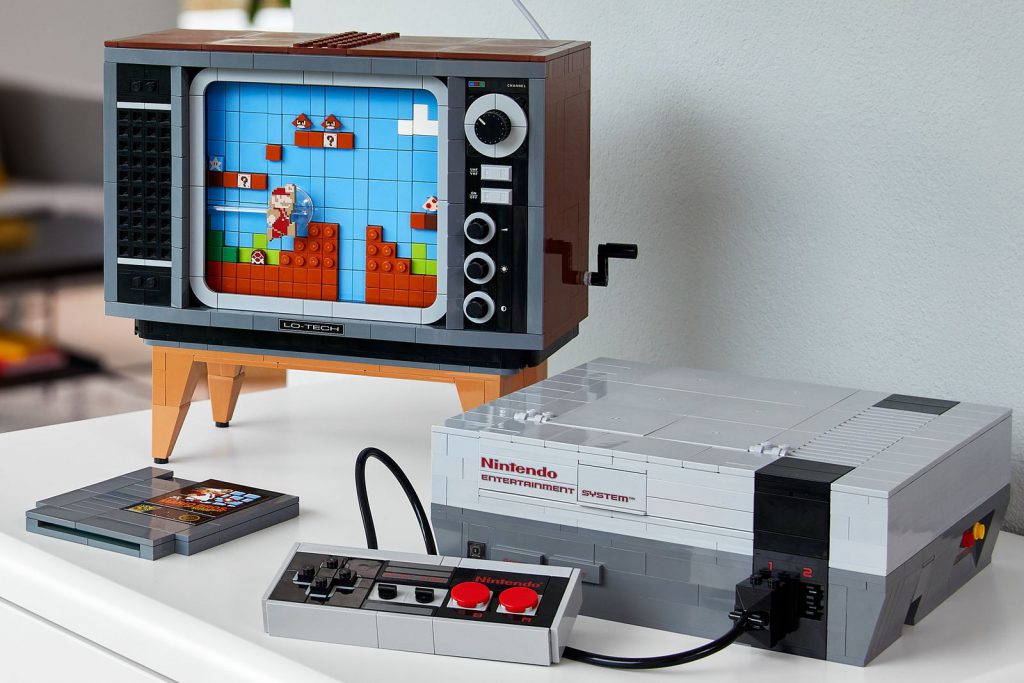 The TV displays Mario traversing through a stage from the 1985 classic, and a crank located on the left side of the TV lets you move the moustached plumber up and down between platforms.