A new campaign by energy company, Shell, has made New Yorkers jump for their lunch, by taking the energy they generate from, jumping as payment. 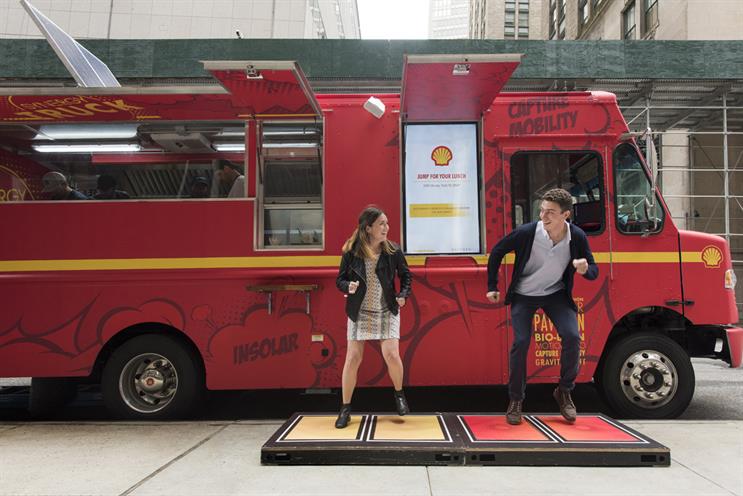 The campaign, which followers the hashtag #makethefuture, used Shell’s very own kinetic tile walkway dubbed the synergy truck is one of only six new energy technologies which enables the truck to take power from the customers actions to fuel the kitchen.

The campaign generated a good buzz on social media because the campaign is interactive and very ‘shareable’. It is yet to pick up much coverage, with it only being discussed on Campaign Live. However, as the truck is set to continue a bi-costal tour of colleges in the US, it’s bound to gain more attention!

I really like the campaign as it creates good awareness of Shell and their aim of generating power, in a unique, fun way – engaging with a large audience at the same time.