So Samsung is currently running a ‘Do bigger things’ campaign in Ireland, and if you didn’t know Samuel Beckett bridge is a big bridge in Dublin, that has what look like ‘strings’. 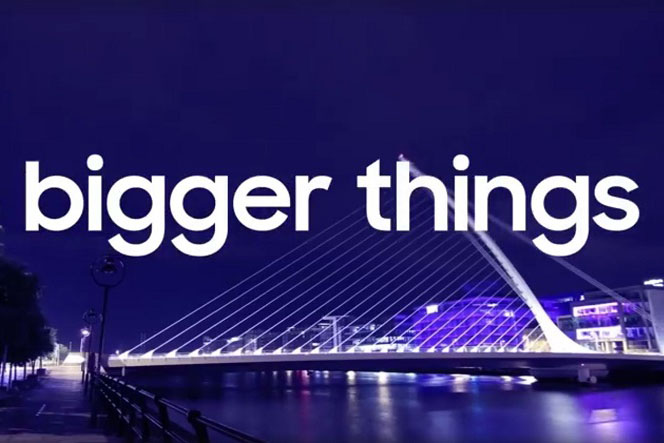 On the 14th September, to launch the new Note 8 in Ireland and to support the campaign, Samsung hired the help of agency Guns or Knives, so that the strings of the bridge represent a harp, that can be played from the Note 8.

Well Harpist, Aisling Ennis, played music on the Note 8 and the corresponding cables on the bridge illuminated. Clever stuff. You can watch the video of the musical activation here. Samsung Ireland shared the video on Facebook and if you reacted to it you were in with a chance of winning a Note 8, so nice bit of engagement there, the video got 855 reactions and 107 shares.

All in all, this is a really nice campaign that fits well within Samsung’s over arching campaign, ‘Do bigger things’, it didn’t get much press, a few bits of B2B marketing titles, but with the nice social media engagement I’m sure it’s done exactly what it intended.