Boeing map out a shape of a plane over USA

This week American Aircraft manufacturing company Boeing created a plane in the sky to test out their new engines. 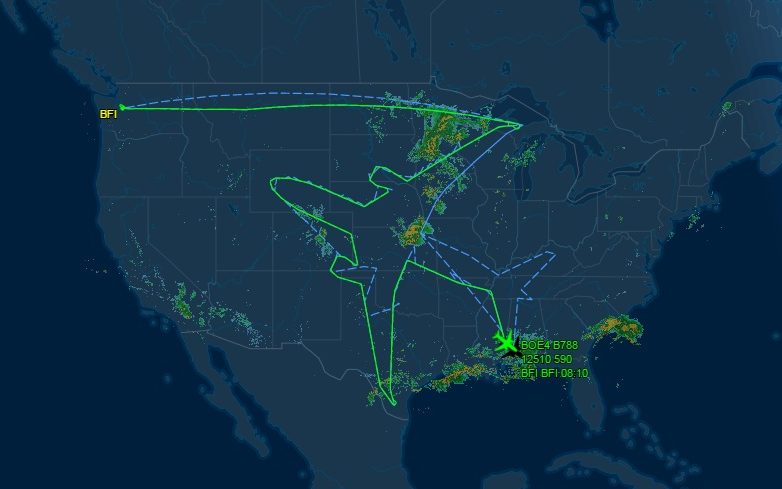 Set up as an endurance test for the new Rolls- Royce engine, the testers got creative; marking out the shape of a Dreamliner (the name of the aircraft) above the USA.

The 17 hour, 46 minute flight started August 2nd and ended the following day, taking off and landing at the Boeing Field- King County International Airport, in Seattle.

Covering 15,766 miles it marks the longest commercial flight in the world. Which previously was a 16 hour flight from Doha, Qatar to Auckland, New Zealand covering just over 9,000 miles.

The campaign which consisted of the plane drawing itself, passed over many states, marking out the planes nose in Wyoming and the Tail in Alabama.

The flight was tracked live on websites such as FlightAware allowing people to follow the aeroplane on its journey.

The campaign was covered internationally by The Telegraph, Thrillist and The Washington Post.

I really like this stunt and think it was a creative way of Boeing testing out their new engine.

ALL Other Technology Topical Travel