Samsung is marking the launch of its new Galaxy S8 smartphone this month by touring a giant 7×3 metre scale model around the UK throughout April and May.

Each of the installation sites was selected following a public poll to find the 20 views throughout the UK, and include Mount Snowden, St Ives, Stonehenge, Bournemouth and London.

The story’s picked up some nice coverage so far, like this on the Mail, for naming the ‘best views’ in the country, but very few have used some of the nice (albeit branded, hence the likely reticence) assets pulled together by the PRs behind it. Here’s one such photo, taken from this Flickr album: 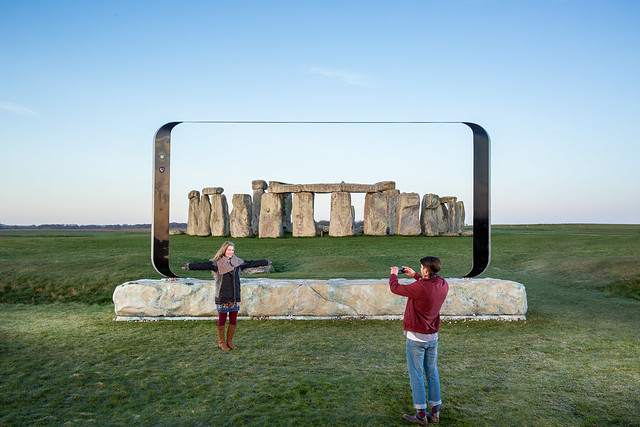 It’s one of those campaigns you wish you’d thought of (though I don’t have a smartphone client to think them up for… you know what I mean!), showing the product off in a beautifully simple way, taking advantage of some of the best scenery the UK has to offer.