If any of you have seen the original ‘The Ring’ movie, there’ll have been that one scene that stuck with you.

To promote horror sequel ‘Rings’, the team behind this memorable ‘Carrie’ stunt in 2013 have gone back to their prank-y ways, using that scene as the basis for this new stunt:

The set-up is simple. After being given a bit of sales patter, potential customers (actors? Who knows anymore?) in a New York City electronics shop were left alone by an assistant. 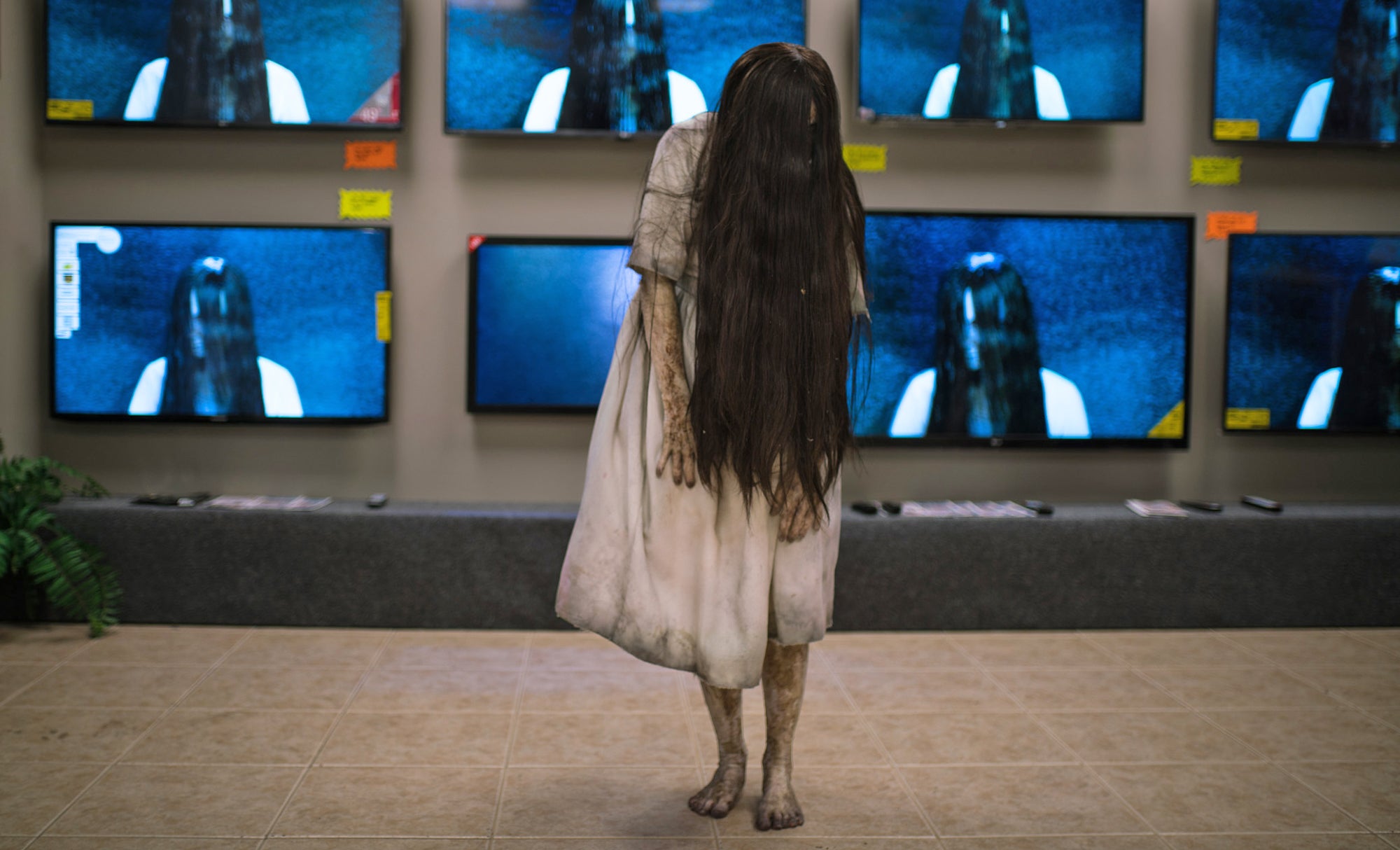 The same actress who played that bloody terrifying little girl then came crawling out of a hidden compartment behind a TV’s screen, scaring unsuspecting shoppers.

(Top spot from JP, linked to below – there’s a ‘win a free TV, today only!’ sign on the wall’ that looks like it might have been used to entice people in).

6 days ago  |  ALL, Cause Related, Inspiration, Other, Topical

Foosball in 5G: Play with sporting legends live at Wembley Stadium with EE and the Samsung S21

Iconic keystone suggests it just ‘has to be Heinz’