Football is now as much front-of-the-paper reading as it is a topic in the dedicated sports pages. From the spiralling wages of the top tier professional clubs and players, to the behaviour of certain fans and the disgraceful corruption scandal enveloping FIFA, the ‘beautiful game’ is hardly beautiful at all.

At my workplace, as in most PR agencies, we read all the news, from front to back, and in recent weeks, a hat-trick of stories jumped out as the latest set of nails in the game’s public perception coffin. Ched Evans, Violence and Homophobia. Put together, they sound like the title of a Channel 5 documentary that may feature an animated Danny Dyer wearing a parka jacket and interviewing people in back alleys. In many ways this is exactly how many people see football. Shady. 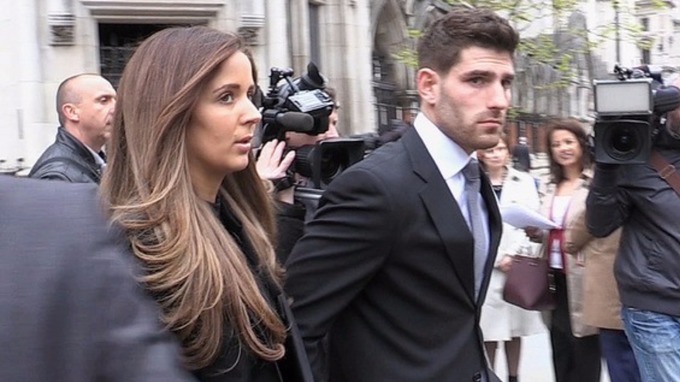 The Ched Evans case is well documented. It is also Twitter gold – with people blurting out vitriolic opinions about nearly everyone involved, from Evans himself, to the lady in question, to Jessica Ennis, to each and every club he’s played for.

From a communications perspective, many, many mistakes have been made.

The first? “Naturally delighted”. These were the words of Chris Turner, Chesterfield FC’s chief executive, uttered as soon as he’d heard that Evans was no longer a convicted rapist.

Anyone who has read the story of Ched Evans knows that there is nothing in this story for which anyone can be naturally delighted. He went on to say “we can all now move on and focus on football”. As if football has been the one to truly suffer. Upon hearing the news, it was also a time for the Professional Footballers’ Association to respond. Perhaps with a few deftly-chosen words of censure or polite well mindedness? No, it decided to include Evans in its League One ‘team of the season’.

This is not me slandering Ched Evans and proclaiming the wrong decision to have been made. It is me recognising that at its core, football has a communications problem.

Evans, for his dues, delivered a relatively impressive statement upon his acquittal. He did not proclaim total innocence, or position blame on anyone else. He apologised. He thanked his family for sticking by him but ultimately he apologised to everyone and anyone “who might have been affected by the events of the night in question”. Sadly, in the aftermath of the verdict, football, its fans, and even current and former players have once again shot themselves in the foot.

Tweets, disgustingly and aggressively calling for the girl involved in the case to be sentenced herself, publicly criticised, even “hanged”, show the still-remaining aggressive nature of the game. The true anger on display was incredible. Anger that Evans was ever accused. Anger that she put him in this position. Anger that she was doing it for fame or money. This girl’s life has been ruined. She has had to change her name four times and she’s now moved abroad, alone, having received hundreds of death threats. The attitudes of some of these football institutions, footballers and football fans are why the game’s reputation will never improve. Yes it is a small percentage of the footballing community, but they are the vocal ones and the ones the media will write about – it is damaging what is an important thing to our society.

Here lies the problem. The failure of many to appreciate the importance of football to our community. Ranging from the charitable initiatives that clubs and players donate to, the schools and facilities built, and the hope and enjoyment the sport gives millions of children around the world.

Unfortunately, anger has been a consistent theme when one thinks of football. The ongoing debacle of West Ham’s new stadium has caused nothing but anger. Anger from other clubs towards the deal agreed. Anger from local businesses to have suffered from the club’s departure. Anger from West Ham fans at leaving their home. Anger at the lack of stewardship and preparedness for games this season. And recently, anger between sets of fans, as demonstrated by the recent EFL Cup match between the Hammers and London rivals, Chelsea. In what resembled scenes from the 70’s & 80’s, violence occurred in the stadium and its surroundings. The sad thing is that once again, the scenes were caused by such a small percentage of people. However, they are only exacerbated by the sport’s seeming unwillingness to communicate effectively. Since the incident, West Ham have issued the same statement clubs always do, littered with “not good enoughs”, “we’ll ban all those involved”, “no place for this in footballs”, etc. etc.  A well written statement is a must and can mean the difference between a crisis ending or continuing, it can reduce or increase the scrutiny on your business, it can do more than perhaps is ever realised. The communications problem football has, is that it repeats the same mistakes and gives off the impression of being untouchable. Right down to what footballers and managers say – it is the same thing every week. “Nothing is so painful to the human mind as great and sudden change”. Those were the words of Mary Shelley, but it appears that football is truly the monster in this story – and change is needed.

Last of the chosen examples of football shooting itself in the foot was that of Greg Clarke’s view that he “wouldn’t recommend” a football player “coming out [as homosexual] at the moment”.  This was in response to a survey from 5-live that revealed nearly one in five people in the UK said “gay people should keep it to themselves”. On its own, this statistic is worrying enough, yet for the head of our football association to arguably say the same demonstrates a sport, a community, still stuck in the dark ages. Footballers themselves, responded brilliantly to the ‘rainbow laces’ campaign, launched by Stonewall, suggesting that the players themselves are not as backwards as the institution suggests. 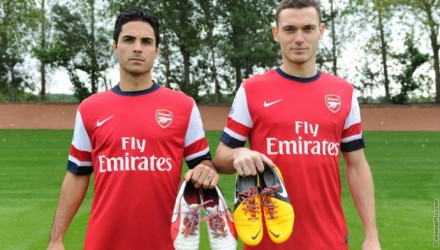 Football’s story should not be just about the bad things, yet inherently it does not help itself. True football fans love the game no-matter-what. But the issue lies in the general perception. There are many people who fail to realise the good football does and can do. The trick will be to tell this story in a way that does not suggest that PR is the driver behind it. But it is a story that needs to be told.

ALL Behind the Campaign Sport