Dog Grooming business owner, Diane Cartwright, padlocked herself to her local EE store recently in a desperate hope to be released from her phone contract. Mrs Cartwright suffered from intermittent mobile phone signal and claimed to have lost £700 – £1000 in business due to missed customer calls. 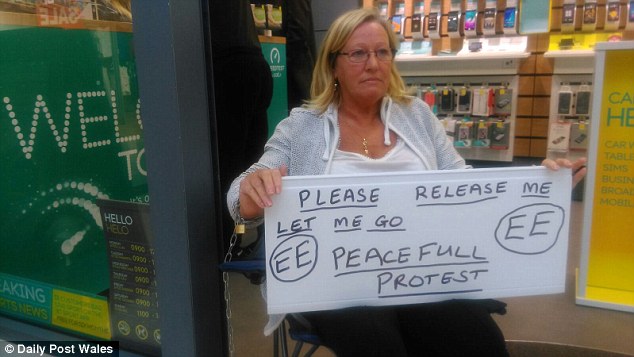 She had tried numerous times to fix the problem with EE, by calling them direct and visiting them in store. Despite this, no solution was offered by EE and Diane felt she had no choice but to padlock herself to her local EE store, in the Deiniol shopping centre in Bangor – demanding either a functioning phone or to be released from her contract.

A police officer was called but took no action over what was deemed a ‘civil matter’. Mrs Cartwright’s prayers were answered by EE customer services backing down and agreeing to release her from her contract and apologised for the inconvenience they had caused.

Mrs Cartwright deemed the protest to be ‘stressful’ and ‘demeaning’, however she came out on top and won the battle with EE.

Phone provider and EE competitor, Giffgaff, decided to get some PR out of this story, by creating an advert for Mrs Cartwright’s grooming business and publishing it in the local newspaper, The Daily Post. Here’s the ad’s text: 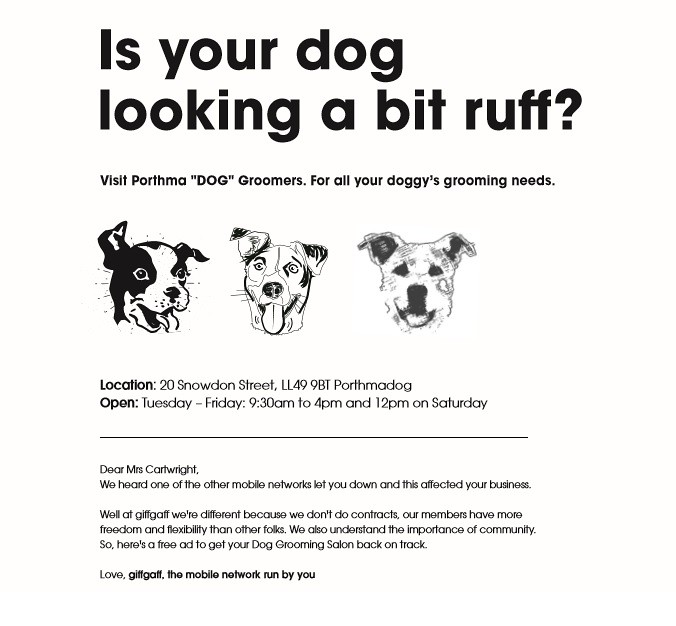 In what is a brilliantly subtly dig at EE, Giffgaff recommended in the print advert that Mrs Cartwright should start using them as her new phone provider, because they provide “freedom and flexibility with no contracts”.