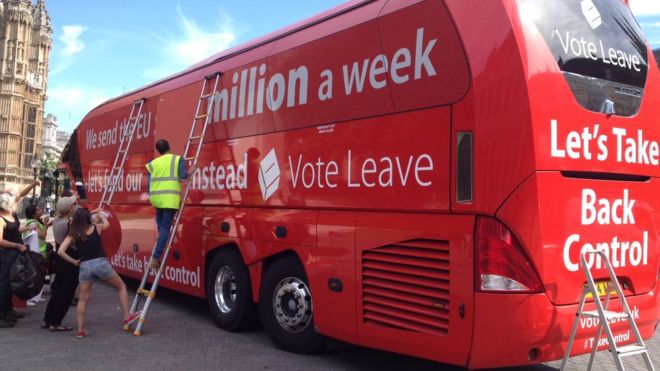 The ‘Vote Leave’ EU battle-bus, which featured the claim that leaving the EU could boost the NHS by £350m a week, has been hired by Greenpeace in a smart stunt to recapture media and public attention. The “lies” about EU funding will be replaced with demands for the “truth”in the stunt outside Parliament.

The bus is being covered with thousands of messages for the new Government, asking members of the public to make suggestions.

We’re adding ur msgs to the bus as they come in – tell the govt what they shd #ComeClean on: https://t.co/kGTJrubx9W pic.twitter.com/S7JAxBob9p

Singer Will Young and Pakistan’s cricket team were among the people to have hired the bus since the referendum, which meant Greenpeace had to rebrand it in the way Vote Leave had.