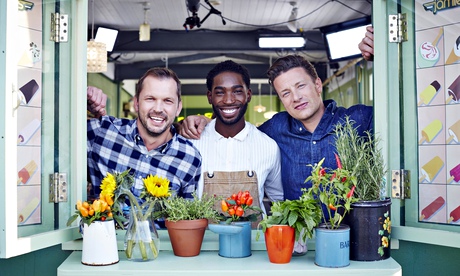 (Thanks to Tom Winterton of Citizen Relations for emailing with this one).

In a great campaign, misshapen but ‘perfectly edible’ fruit and vegetables that would otherwise go to waste will be sold by supermarket Asda at discounted prices in a national trial starting at the end of this month.

The initiative came about as part of an investigation into the scale of the UK’s food waste carried out by celebrity chef Jamie Oliver and farmer Jimmy Doherty (though, it’s worth highlighting that it might have been something to do with this identical ‘ugly food’ wastage prevention effort in France last year).

In the Channel 4 programme ‘Friday Night Feast’ (starting tonight) the pair met farmers that said they were unable to sell ‘thousands of tonnes’ of fresh vegetables because the food was thought of as imperfect. Oliver and Doherty then met with Asda to suggest a small in-store trial to test whether or not consumers actually care, so long as they get a better deal. Apparently, two thirds of customers are open to the idea, while three quarters would buy misshapen food if cheaper.

The new range, launching in selected stores from the 26th January (with a view to being rolled out nationally), has been called ‘Beautiful on the Inside’ and will be sold for 30% less than better-looking counterparts.

I don’t often include quotes – mainly because they’re usually gumph about how excited X person is about Y, but this from the erstwhile Naked Chef makes a lot of sense:

“If most Brits had half an idea of the amount going to waste, they’d be snapping up ugly veg by the trolley load. There’s no difference whatsoever in taste or nutritional value. This is perfectly good food that could and should be eaten by humans. When half a million people in the UK are relying on food banks, this waste isn’t just bonkers – it’s bordering on criminal.”

So, in terms of PR, a great partnership, a way for Asda to look good at a time when other supermarkets have been getting all the attention, a good way to promote the new show AND actual benefits for consumers and farmers. Hell of a way to start the new year for all involved.