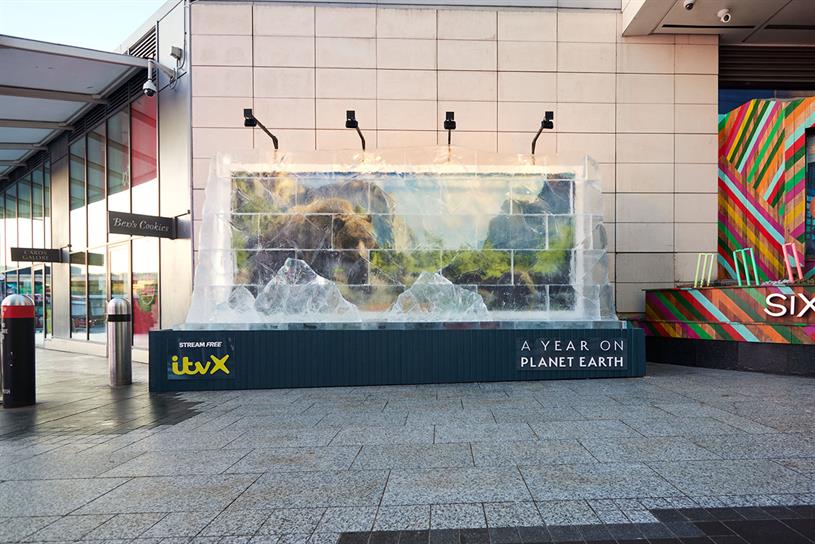 The ‘frozen’ billboard is encased in ice and will continue to thaw over time, revealing a beautiful spring landscape. There will also be other digital billboards places around various cities in the UK, revealing teasers from the show.

“What struck us working on the campaign, was the constant and magical transition within nature that the changing seasons bring. We wanted to capture such a moment, and the billboard felt like a great way to showcase this, and in so doing demonstrate the ever-fresh content that ITVX offers.”

“A Year on Planet Earth is a landmark series and I’m delighted we have delivered a campaign to match. Not only will it raise awareness of the series with a huge audience thanks to out of home’s national reach, but the weather-triggered creative showcases how smart use of relevant data can elevate a campaign and get cut through with audiences of any age,

“At the same time full motion digital screens will bring home just how jaw-dropping A Year on Planet Earth is. To top it all the takeover at Liverpool Lime Street and the ground-breaking frozen billboard in Westfield London will be just like the show itself – absolutely unmissable.”