Climate protestor glues himself to the table during Dutch TV show 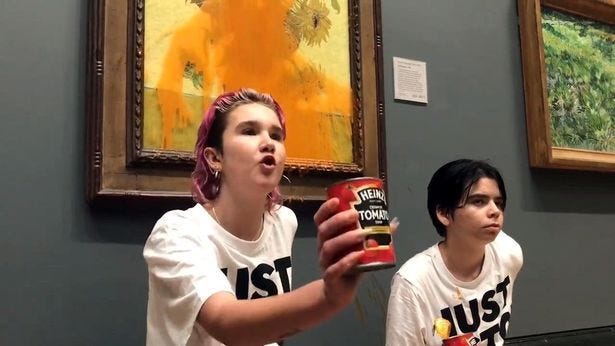 …and hurling cake at waxworks of the royals…

…one protestor in the Netherlands took disruptive tactics to the next level.

As the TV debate took a decidedly hostile turn De Graaf suddenly jumped onto the table and glued himself to it. 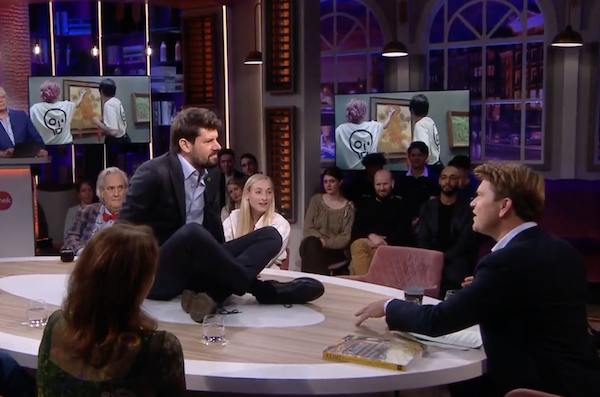 ‘I am going to talk about the climate crisis and the ecological crisis,’ he said. ‘People are going to die Beau,’ he told presenter Beau van Erven Dorens.