Ad of the day: ‘Not Her Problem’ campaign tackles sexist hate ahead of Women’s Euros

EE has unveiled its Hope United campaign ‘Not Her Problem’ which is aimed at combatting online sexist hate ahead of the UEFO Women’s European Championships.

To do this a new team of footballers – men and women – was assembled and managed by Gareth Southgate highlighting the role of men to act as an ally to women during the Euro’s. 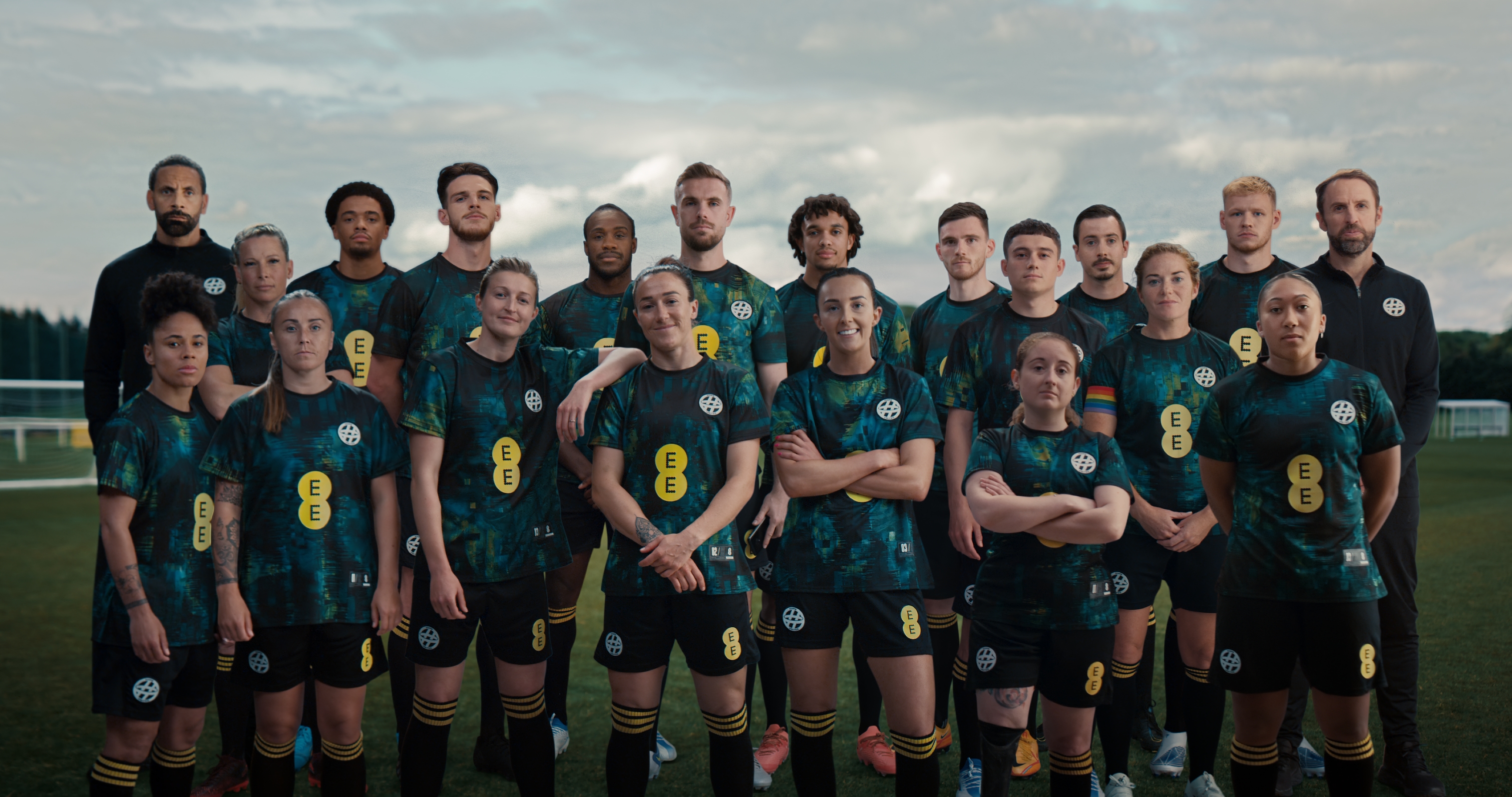 A recent YouGov survey commissioned by EE, has revealed that 52% of the UK public don’t feel the internet is a safe space for women, and 60% of the UK believe that not enough is being done to tackle online and offline misogyny.

Running throughout the UEFA Women’s EURO, the campaign will activate across EE’s social and digital channels, and be displayed via bespoke OOH buys across the UK.

A new TV advert will officially premiere on the same day and will be broadcast across commercial television channels, during programmes including Love Island, Celebrity Gogglebox and Bake Off: The Professionals.

The EE Hope United squad will also feature in a video content series sharing digital skills such as free online resources that will educate on how to challenge and report online hate against women. The topics covered will include how to block accounts, report online hate, mute and filter offensive content and how to diversify your social media feed by following more female voices.

Marc Allera, CEO of EE, commented, “While the majority will be rightly giving their support to the athletes competing in the Women’s Euros this summer, there will be the vocal minority trying to denounce and discredit the women’s game. Now, more than ever, it is imperative we come together to champion hope over hate, placing the onus on men to own the problem: this is why EE Hope United will continue to help shape a safer online world, giving others the confidence and knowhow to help call out and put a stop to online sexist hate.”

Pete Jeavons, Director Marketing Comms, EE, added, “It is increasingly important for brands to use their voice to instigate social change and draw attention to those topics which, although potentially uncomfortable, must be confronted and discussed. EE will not shy away from using our platform to do just that and, through campaigns such as Hope United, help educate and upskill the nation in whatever way we can in order to help create a healthier and more positive digital community.”

Franki Goodwin, chief creative officer, Saatchi & Saatchi said: “Hope United was born during the Men’s Euros in 2021, and this year, we’re bringing our fight against online hate to the Women’s Euros, because we, like many, believe not enough is being done to tackle sexist hate. So, while we cheer on our Lionesses this summer, we’re also using the opportunity to inspire men to take more of the burden and help tackle the issue of online and offline sexism, helping our partners at EE continue to make life online safer and happier for people in the UK.”