In its latest PSA, March for Our Lives and McCann NY have taken on the US government in a powerful new display of protest.

The images depict row upon row of black body bags lying on the grass at the National Mall in Washington D.C that represent lives lost to gun violence.

As the camera pans out it becomes apparent that they are lined up to spell out the words ‘thoughts and prayers’ – a phrase that is often used as a reflex response to tragic events in lieu of tangible actions to combat the issue.

Clips of protests, harrowing pleas from young people and emotive images are scattered throughout the film with one woman noting: “We keep seeing so many young people asking, begging politicians to just give a f**ck – to just care, to just talk about it a little bit.”

The moving video was directed by JJ Augustavo of Missing Pieces and developed by McCann, who has been working with the organization since 2018. 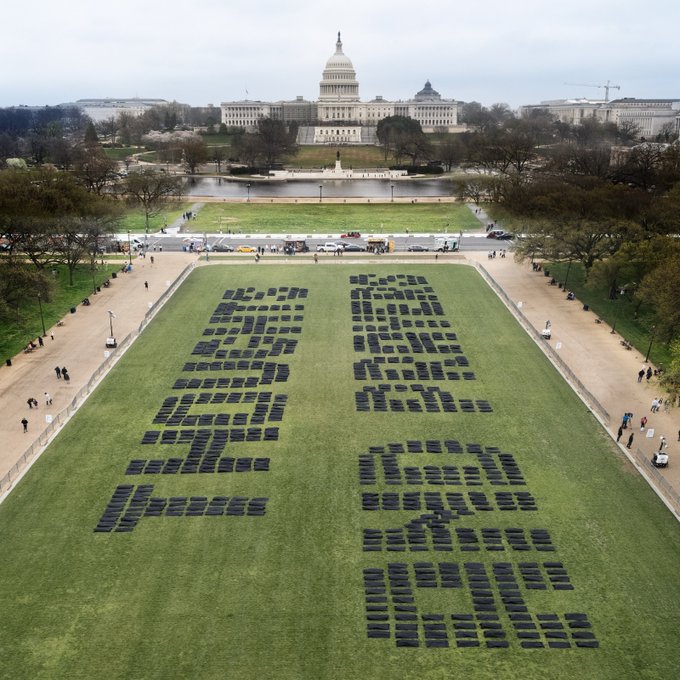 In the aftermath of the tragic events in Texas, the organization is asking people to ‘March For Our Lives, Again’ and demand change to gun laws in the US.