Back Market created a bot to Airdrop messages iPhones, iPads, and MacBook’s inside their stores.

A pop up link then directed customers to the refurb store.

The phone that sent out the alert was carefully placed in a water bottle stored on a bike that was left outside the Apple stores.

The stunt was planned with the hopes of changing people’s attitudes about refurbished phones and making more sustainable purchases. In the video you see positive reactions from everyone involved with one gentleman saying that the stunt made him change his mind. 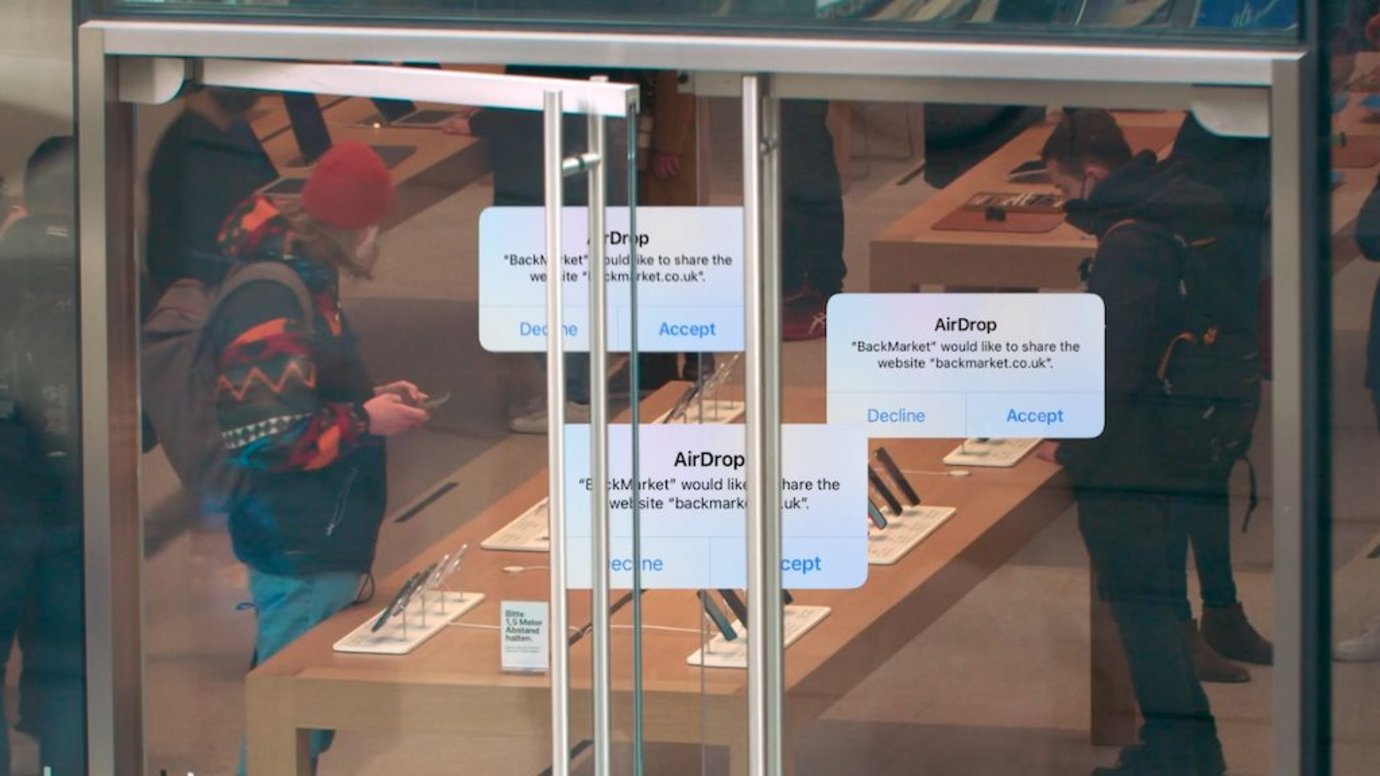 This was a bold move from Back Market and Marcel Agency, but it will most certainly have people think more consciously about their future tech purchases.