Samsung unleashes a 3D campaign ahead of their Galaxy S22 Unpacked event premiering on February 9th. This campaign features tigers via 3D billboards in some of the biggest cities in the world- New York, Kuala Lumpur, London, Dubai, and Seoul. 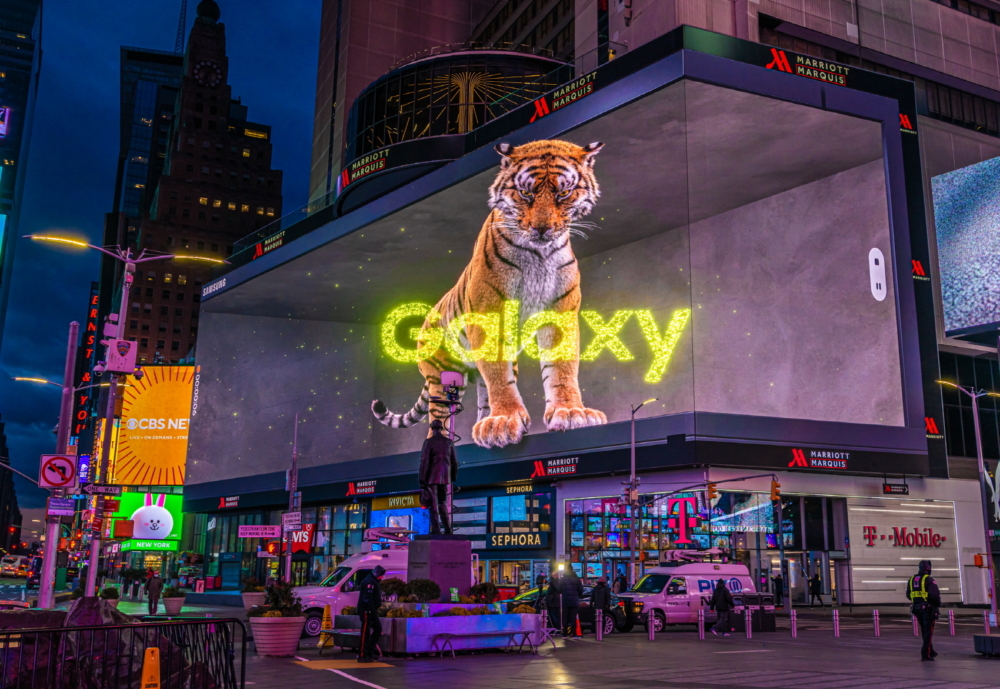 As the upcoming Galaxy has advanced low-light photography capabilities, the use of the Tiger is an appropriate one, as explained in Samsung’s news release as having “powerful night vision and vivid coloring”.

“The disruptive 3D tiger will burst through digital barriers to showcase how Samsung’s next smartphone lineup is set to help users own the night with new advancements to its low-light smartphone photography technology,” describes Samsung. 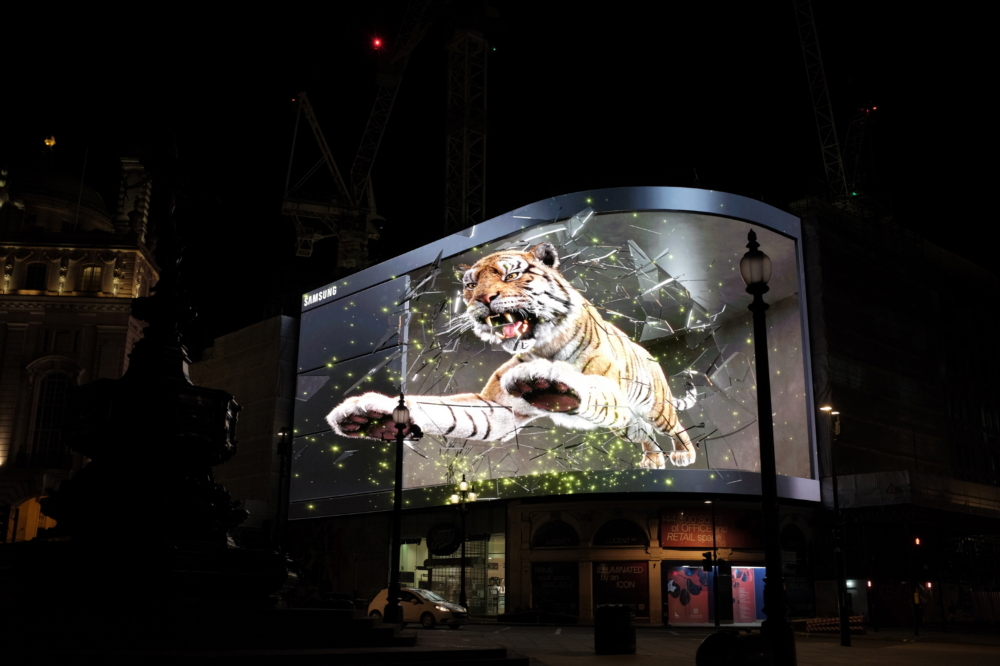 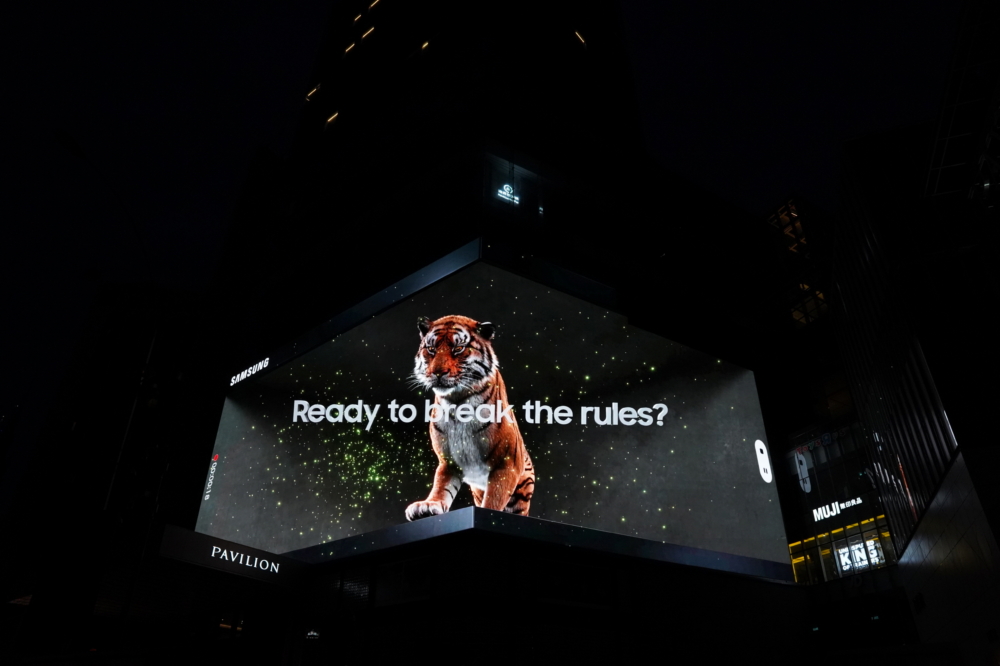