Netflix launch terrifying bus campaign for new horror series, ‘All of Us Are Dead’

Netflix Thailand has created a horrific undead school bus to promote the new series ‘All of Us Are Dead’. Using high-tech flat screens surrounding the vehicle, the frightening illusion of children trying to escape from within has been created. 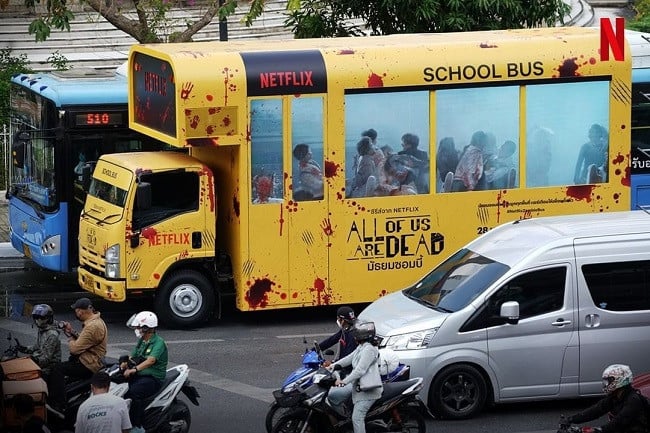 However, according to some on social media, the promotional bus is a perfect example of taking things that tad bit too far. The bus depicts scenes which sum up the show quite comprehensively: a zombie apocalypse is taking place, starting in a high school. 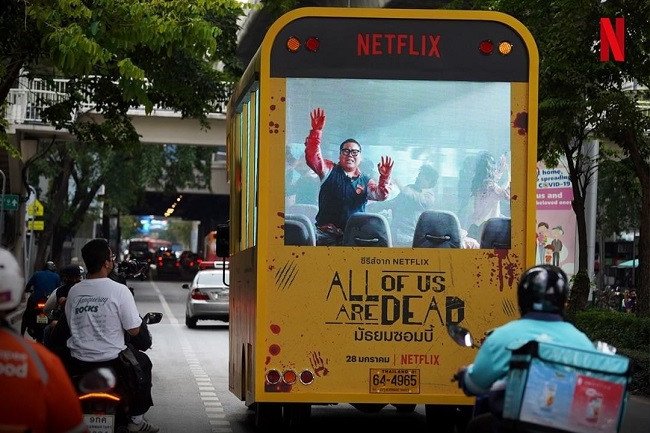 The hyper-realism of the bus, however, has some worried that Netflix are risking terrifying drivers who are caught unawares. Not only are the scenes highly graphic, but they heavily feature school-children ‘ trapped’ in the bus with no escape from the zombies.

However, it seems the majority have concluded that Netflix have got their horror measurements just right. For every worried tweet, there’s a plethora of replies singing the campaign’s praises.  If nothing else, the bus is most definitely attracting attention to the show- not that the series needed much help promoting itself, mind you. After debuting with the highest rating among all Korean drama premieres on Netflix, the show is already drawing mountains of mainstream attention, and the comparisons to the mega-hit 2021 series, ‘Squid Game’, have already begun.

What do you think? Will you be watching the terrifying new series, or has the bus shown you all you need to know?