Over 700 German sheep and goats stood in solidarity on Monday, encouraging vaccinations across the country.

In an empty field just south of Hamburg, shepherd Wiebke Schmidt-Kochan coaxed the animals with bread, into the formation of a giant 100-metre long syringe. 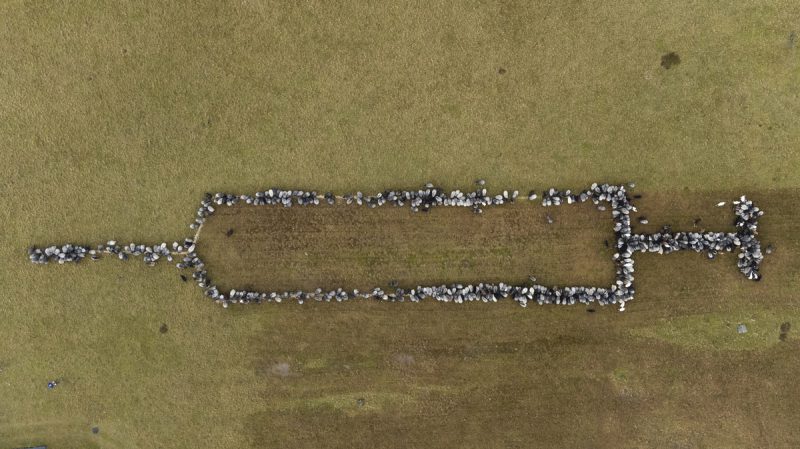 “Sheep are such likeable animals — maybe they can get the message over better,” said Hanspeter Etzold the stunt’s organizer.

With just over 70 percent of Germany’s population receiving at least two jabs on Monday, nearly 39 percent have been boosted after an accelerated vaccination drive by the German government.

Monday’s stunt isn’t the first time that Germans have turned to livestock to deal with the ongoing pandemic. In March last year, a German farm offered people feeling lonely the chance to cuddle one of its “marvelous” sheep while socially distancing from one another.

ALL Cause Related Health & Beauty Off the Record Other Topical