Brewdog has launched a new alcohol-free beer in aid of supporting mental health research. Designed to stimulate conversation surrounding mental health, the campaign has been launched after research revealed that 82% of people with mental health challenges are more likely to open up to friends and family over an informal drink. 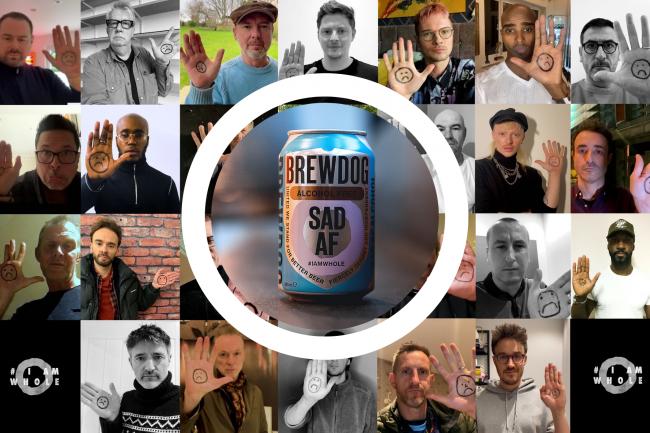 This campaign has never been more essential. A new study of 1000 people experiencing mental health challenges revealed that 85% believe January is the worst month for their mental health with 41% the second week of the month as the lowest point of the year. The #IAMWHOLE campaign aims to encourage people to ‘unbottle’ their feelings, and Brewdog is striving to support this with the SAD AF beer.