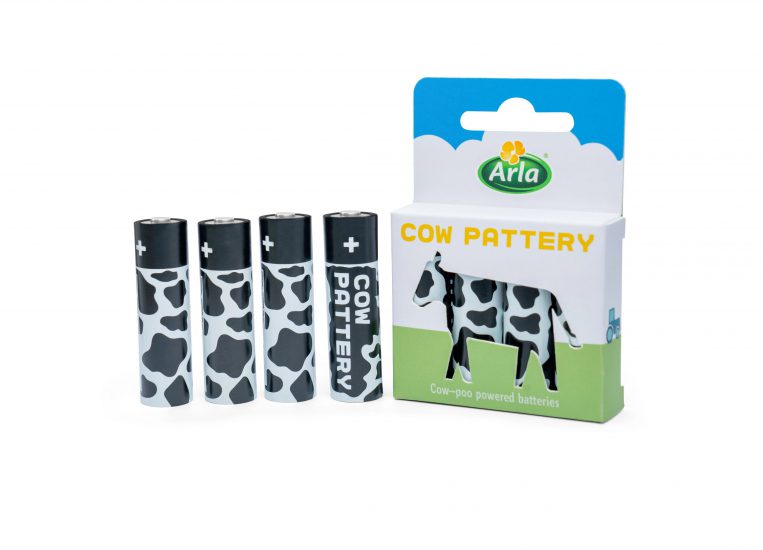 The brand released their Cow ‘Patteries’ to demonstrate the potential for farms to contribute to the UK’s renewable energy goals. But how much cow poo do you need to power your car?

Well according to experts, 1kg of cow poo can produce 3.75 kWh of electricity! That’s enough to power 5 hours of vacuuming or 3.5 hours of ironing. Collectively then, a single cow’s annual pats could power 3 households for an entire year.

“On my farm, we already use the energy produced from cow slurry to power our entire estate, but this could go so much further. We’re even able to use the by-product of the process as a natural fertiliser on our land and thereby closing the loop – it’s a win-win situation”, said Arla farmer Neil Ridgway. 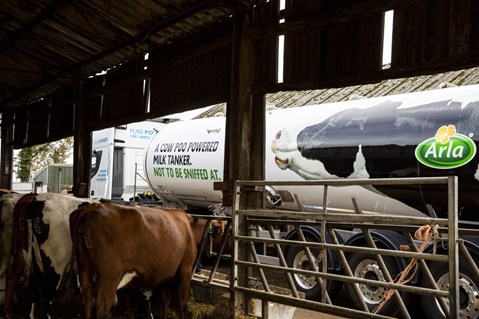 While the technology isn’t new, the farmers wanted to raise awareness of it in a more consumer-friendly way. They saw the potential of their land and herds as an opportunity to produce sustainable power for everyone.

Cow poo power could be a key renewable energy source to help the UK reach its climate goals. With energy sources like solar and wind, we rely entirely on well… unreliable British weather. You don’t need a forecast to know if a cow is going to poo though.

Arla’s 460,000 cows collectively produce more than 1m tonnes of slurry annually, which could fuel 1.2m UK homes. While Patteries won’t power the country, they show how cow poo potentially could in the future.

ALL Cause Related Environmental Other Technology Topical

6 hours ago  |  ALL, Entertainment, Retail, Technology