Season 3 of hit show Succession has returned to NOW, and to celebrate, the streaming service made the fictional takeover of Hearts football club a reality, taking over Heart of Midlothian FC, Edinburgh. 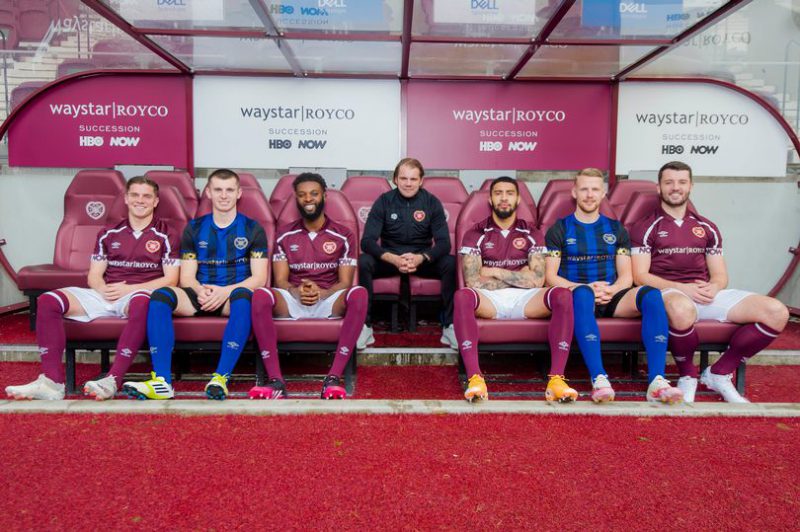 The BAFTA, Emmy, and Golden Globe-winning Succession, is an HBO satirical drama television series created by Jesse Armstrong. The series follows the flawed Roy family – owners of the entertainment giant Waystar RoyCo – as they battle for the company crown.

A post shared by Heart of Midlothian FC (@heartofmidlothianfc)

The fictional company name from the series, Waystar Royco, was added to the real-life Edinburgh football team Midlothian FC’s shirts, alongside branding within their home stadium of Tynecastle.

Neilson commented, “We were so excited as a club to feature in one of the main storylines of one the biggest TV shows on the planet and we’re thrilled to be working with NOW to help launch this partnership celebrating season 3 of the show… I watched the first series and was hooked. We saw the Hearts-storyline in Succession but then a few weeks ago, Cat (Catriona McCallum, Marketing and Communications Director) asked me about NOW coming down to Tynecastle – we were shocked.”

Fans of the show and of Heart of Midlothian FC have a chance to win one of the limited-edition Waystar Royco branded shirts on NOW’s Instagram page.

Succession is now available to stream in the UK via NOW.