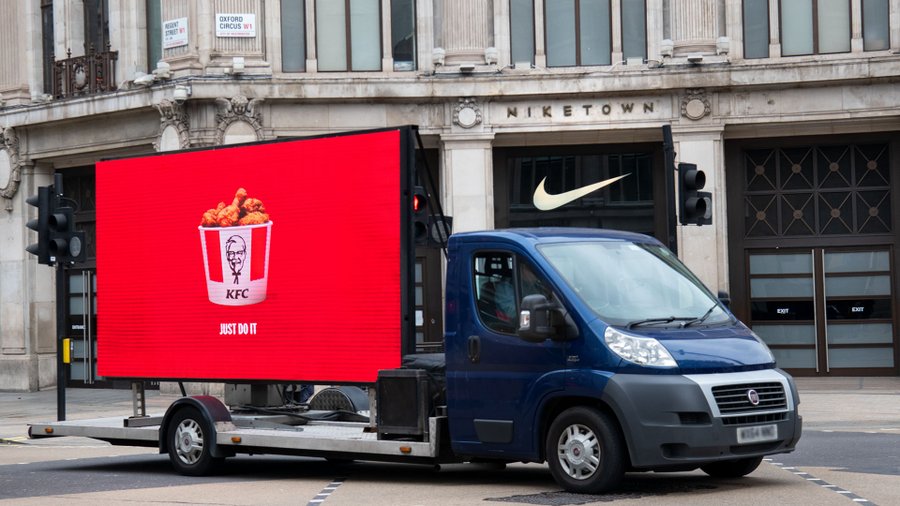 As KFC is currently without a slogan due to the pandemic suspending their famous 64-year-old tagline “It’s Finger Lickin’ Good”, the fast-food franchise is having some fun on social media.

Eish, our normal slogan should be back soon.
In the meantime, we're trying on some others for size 😉
Please don’t sue us 🙏🏾 @RedBullZA #UntilWeCanFingerLickAgain pic.twitter.com/9ga8Lk5kAv

Today we want to be a @SimbaChipsSA Chippie 😎

Since our slogan is a bit inappropriate ATM, we are trying on a few others…#UntilWeCanFingerLickAgain pic.twitter.com/hGa5wJsO6q

Other brands were soon engaged and joining in the fun from all over:

A KFC spokesperson told Business Insider that the slogan-related banter “has been fun for both of us and our consumers”, stressing that “imitation is the sincerest form of flattery”.