Reddit airs its very first ad during the Super Bowl

Last night, and for the first time ever, Reddit released a commercial television ad slap bang in the middle of the Super Bowl. 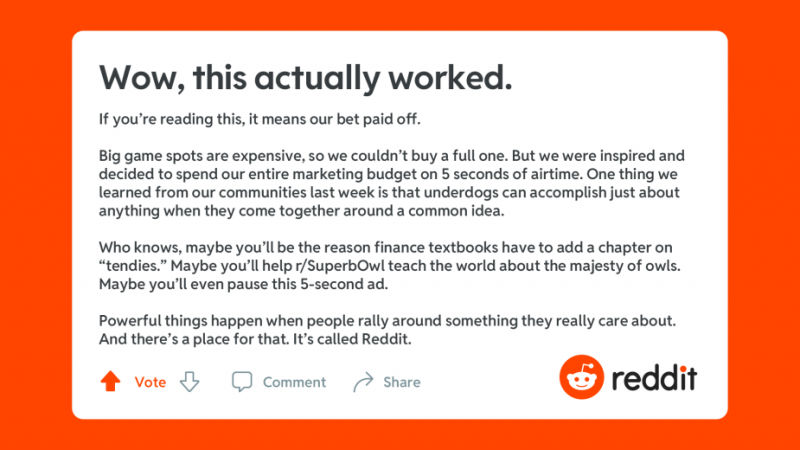 The ad, a static image that only flashed on viewers’ screens for five seconds was unlike any other advert that came next to it. Instead of a high budget piece of video content featuring well-known celebrities, Reddit went for a vastly different approach.

Over the past couple of months, we’ve all witnessed events that demonstrate the power of the internet.

Most notably, a small Reddit community, R/Wallstreetbets, managed to use the power of memes to drive up the price of GameStop stock. They caused Hedge Fund short-sellers betting against the stock’s value to lose more than $1 billion in 24 hours. 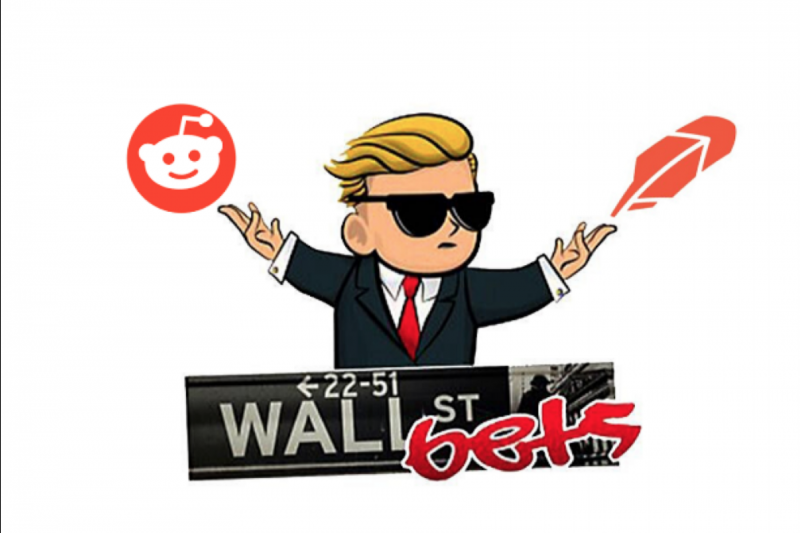 In collaboration with R/GA, and unlike every other Super Bowl ad, Reddit thought up and created this in a matter of days.