Pringle’s are breaking the norms of virtual reality by bringing a Zombie Character to life.

Pringle’s new campaign in collaboration with Xbox and Raw & Fury premiered on Friday 27th with an ad introducing us to Frank, a hungry zombie that stuns a gamer by climbing through a screen to grab a helping of Pringles.

With Frank now being apart of the real world, Pringles have shared a series of video spots where he’ll learn how to become more human before he returns home in two weeks. 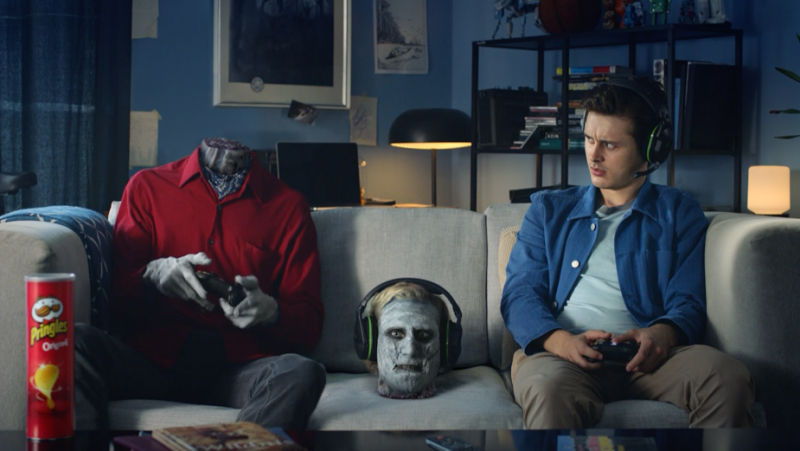 The campaign premiered in the UK with popular gaming influencer ‘Leahviathan’ as a part of their over-arching Pop, Play, Eat campaign. Leah played West of Dead (published by Raw Fury on Microsoft Xbox) to her live audience on Twitch, popping a can on Pringle’s and inviting Zombie ‘Frank’ into her room through her gaming monitor.

This ad is perfect for pringles, as gamers are avid consumers of the grease-free snack. They are the first brand ever to take a character from a game, introduce it to the real world and then return it again, a new man or er.. zombie.

ALL Entertainment Inspiration Other Technology