Twitter has launched a pro-mask out-of-home campaign in cities across the U.S. 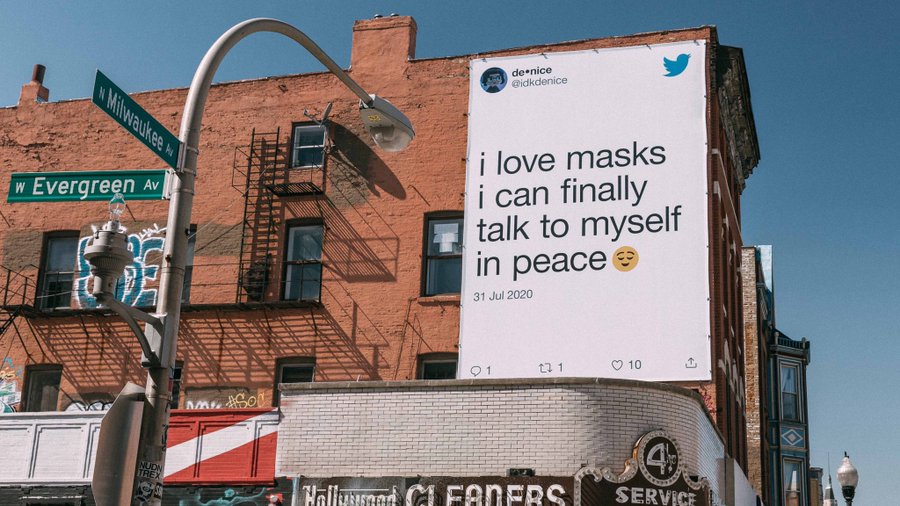 The billboards, in Chicago, New York, Los Angeles, and Seattle, highlight witty user tweets about life under a mask.

The campaign showcasing tweets such as “Best thing about these masks is I can sing along to my music without looking like a weirdo,”

and, “Why do I feel like everyone’s giving me Resting Mask Face?”

Twitter is also enabling the mask emoji in direct messages.

Anytime a user tweets #WearAMask, they’ll be rewarded with an animated mask emoji sequence. The platform is also updating company-owned accounts to feature the mask emoji.