A newly erected digital billboard in New York’s Times Square shows the number of US coronavirus deaths that its creator says could have been avoided if President Donald Trump had acted sooner.

Trump Death Clock was created by filmmaker Eugene Jarecki and installed on the roof of a building, empty due to the pandemic. 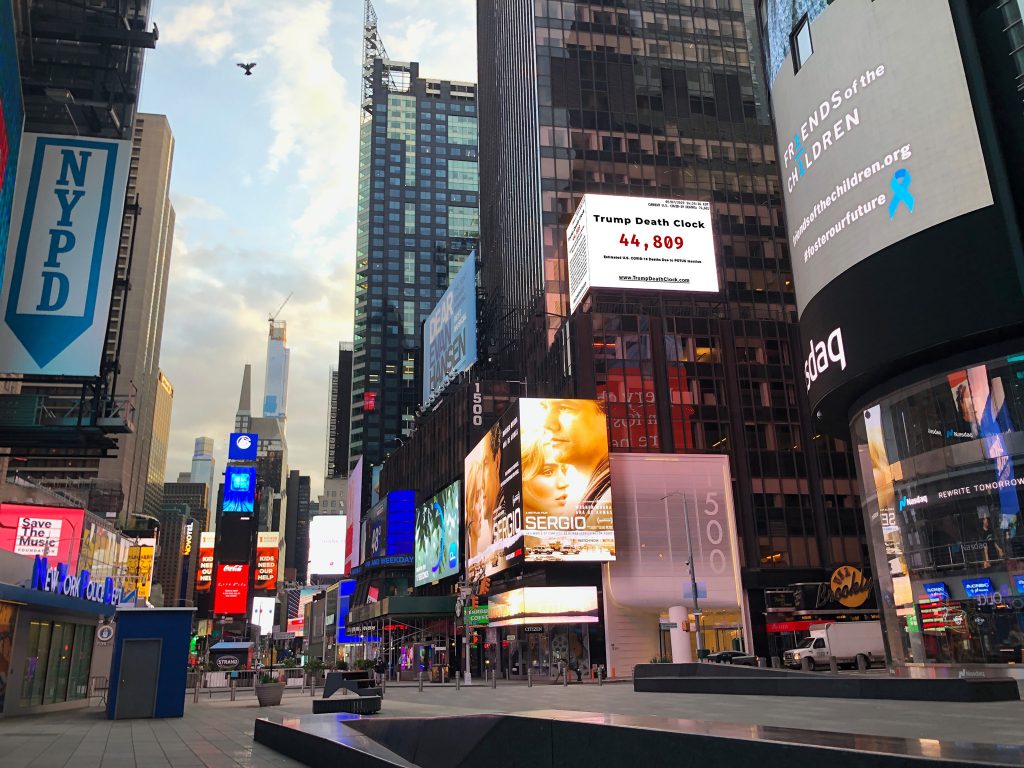 As of Tuesday, the clock shows the figure 48,586 deaths by far the highest tally in the world. 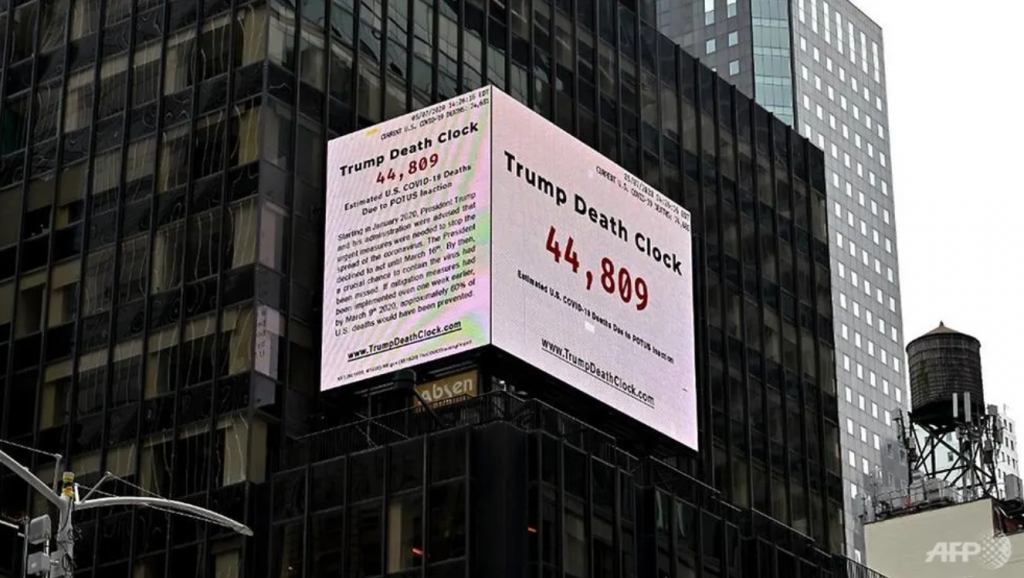 The website says that Trump “declined to act until March 16”, adding that epidemiologists said “had mitigation measures been implemented one week earlier, 60% of American covid-19 deaths would have been avoided”.

“I am seeking accountability for reckless leadership,” Mr Jarecki told the Guardian.