By Joe Colquhoun on Wednesday, December 4, 2019

When it comes to heartwarming Christmas Ads, names such as John Lewis, Sainsbury’s and M&S immediately jump to mind. However, a small independent DIY store in South Wales are looking to give these big dogs a run for their money.

The video centres on a little boy waking up, brushing his teeth and starting a ‘normal’ days work. A morning that us adults are all too used to. After donning his apron, sweeping the floor and stocking shelves, we see Arthur working the till, giving customers an adorably enthusiastic thumbs up after each transaction. 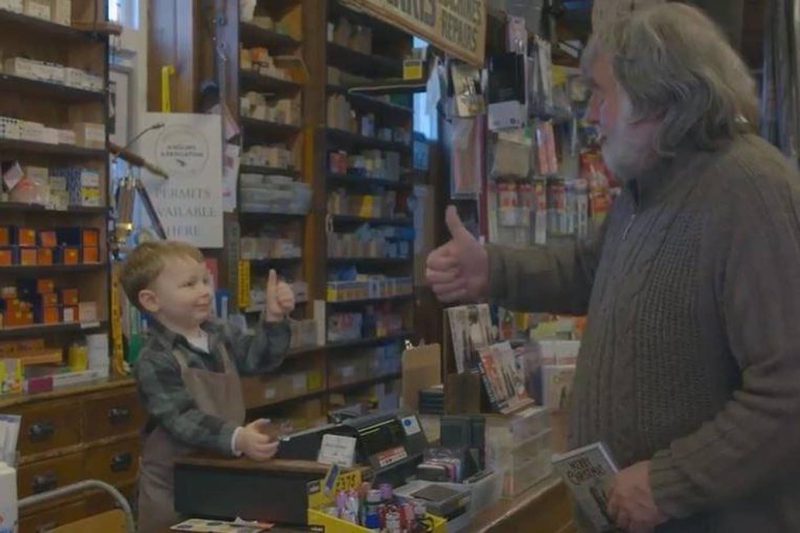 Arthur’s (the little boy’s) proud dad Tom Jones, whose family owns the independent shop, and film-maker friend Josh Holdaway collaborated together to create the final piece. The two minute video from Hafod Hardware took just one day to film and cost the grand sum of £100 from start to finish.

Set to a cover of Alphaville’s 1984 hit ‘Forever Young’ the story has a final twist towards the end. As Arthur attempts to pick up a Christmas tree three times the size of himself, he bends down out of frame. As he returns into shot with the Christmas tree over his shoulder it’s revealed that Arthur is in fact a fully grown adult. The line ‘Be a kid this Christmas’ appears.

ALL Behind the Campaign Christmas Entertainment Other Retail