By Georgina Vincent on Wednesday, November 13, 2019

After being the latest brand to be given the SNL treatment in a recent episode of the famous sketch show, Farrow and Ball have responded with a tongue in cheek print ad in the New York Times revealing a new parody paint “col-our”.

In a running gag that draws an exaggerated reference to the differences between the American and British spelling of colour, Bryant’s character gushes over the “unparalleled depth and col-our” of Farrow and Ball paint as she admits the extent of her expensive addiction to the premium brand to her shocked co-stars.

In direct response to the skit, Farrow and Ball have taken out a print advert in the New York Times advertising a fake new paint col-our ‘English Roast No. 30’ – described as a “a rich and good hum-oured hue with subtle hints of bone-dry satire and a lingering aftertaste of charred British beef.” 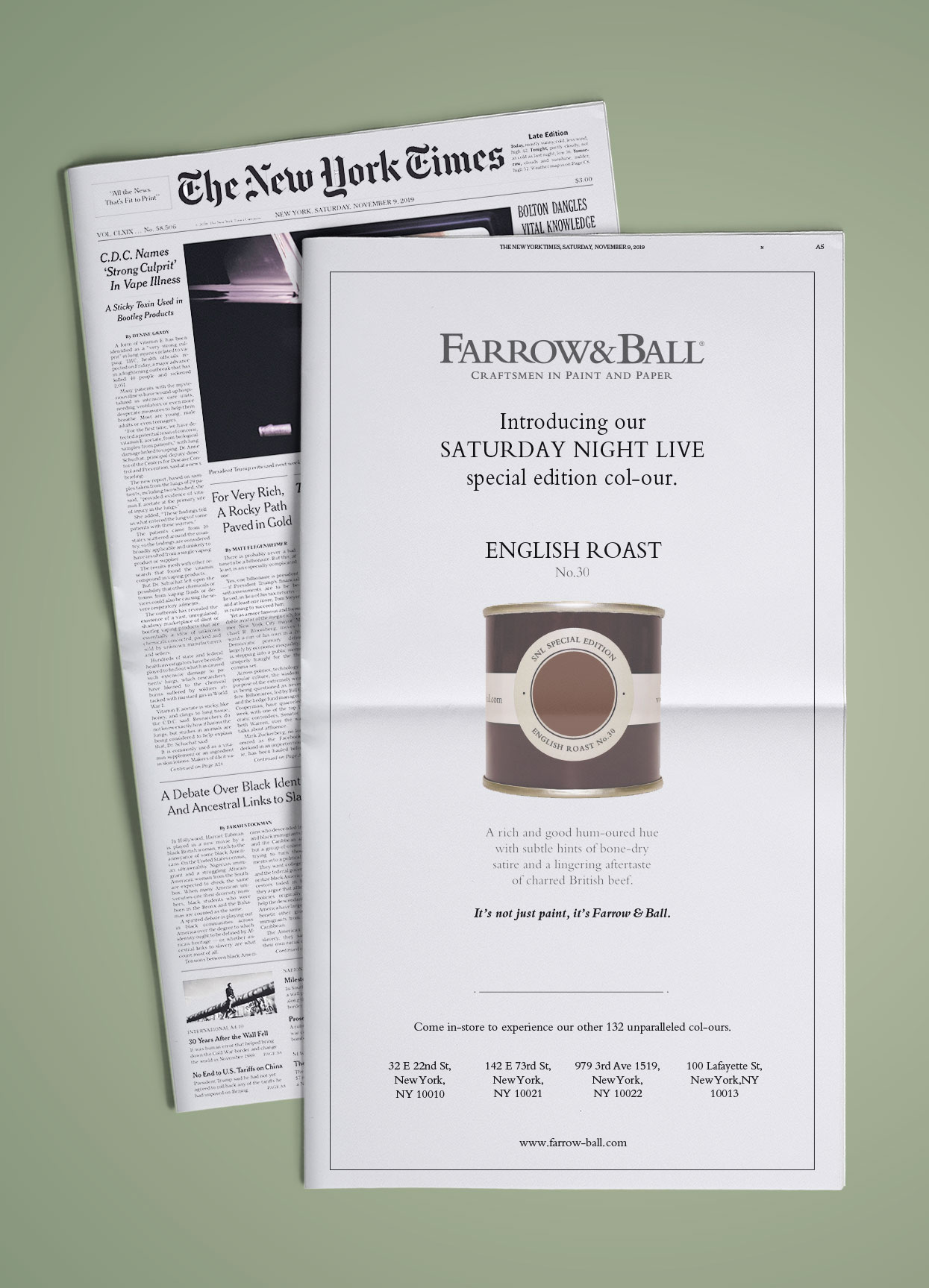 Farrow and Ball also tweeted about its cameo getting a reply from SNL senior writer Kent Sublette who worked on the sketch.

Couldn’t have written this unless I truly loved Farrow and Ball! (See my sample pots) Thanks for having a sense of hum-our! pic.twitter.com/hyBVJTvCaO

Anthony Davey, Chief Executive of Farrow and Ball, said “It was a fantastic surprise to see the Farrow & Ball sketch on Saturday Night Live. We have had a really positive response from the public and saw a big spike in our web traffic over the weekend, which shows it really got people interested in finding out more.”