Insurance company, More Than, is set to unveil a new Pet Paws-Port Booth as part of its new campaign focused on travelling with animals. 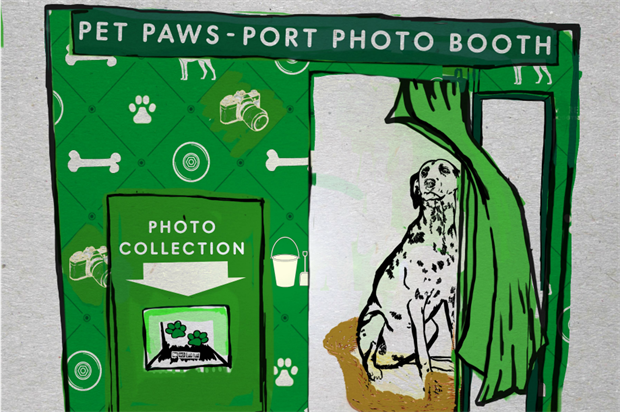 The booth will open on the 22nd of this month and will sit at Victoria Park in London, as well as running from 24-25 June at DogFest in Knebworth. There will also be a a number of pet stylists and groomers working at More Than’s grooming station at the instalment to make sure pets look their best before their photo is taken.

The booth is part of a wider More Than campaign looking at the importance of having passports for your pets, as they cannot travel without one. The booth is fully equipped with a dog basket, adjustable seat to cater for any pet size, speakers and obviously a camera. The speaker will play an array of noises to draw the dogs’ attention to the camera and a number of stimulating items such as dog toys and treats as well as a touch screen camera, which pet owners will be able to use to post pictures to social media directly from the installation.

It’s fairly obvious that More Than has chosen this campaign because stunts and campaigns involving dogs tend to do well (just look at the polling station dog craze). However despite this I do like the idea and even if it’s jumping on the bandwagon of things that have worked before, it is a strong stunt and I think the link between More Than and pets is also quite solid.