In a new campaign to coincide with Valentine’s Day Kraken Rum has employed the use of Ken the octopus to help couples find love. 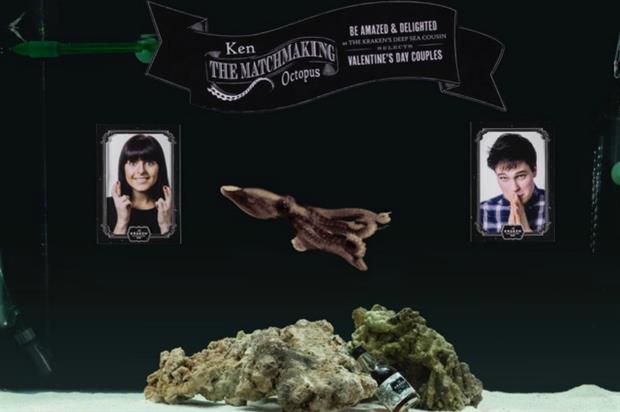 People can enter themselves into the competition by tweeting a selfie to @KrakenRumUK with the hashtag #Rumance. Participants will then be picked at random and their photos will be presented to Ken. He will then pick two photos and seal their fate, sending them on a date on February 12th. People will be able to watch Ken make the big decisions on the Kraken Rum Facebook page on February 10th (and in case you’re wondering, yes this is for real).

There are also prizes up for grabs to people who don’t get chosen, including a date kit which includes the necessary apparatus for making ‘Any Port In The Storm’ cocktail. Also winners will be able to attend Kraken Haunts in London and Brighton during the course of the Valentine’s weekend.

At the moment almost every campaign you see is aimed to tie in with Valentine’s Day and I think this one does it perfectly. It’s obviously topical and the octopus is an extremely unique angle, I doubt anyone has used an octopus as an alternative to Tinder before. However there was an octopus used in 2010 to predict World Cup results, so I think maybe Kraken has taken inspiration from the idea.