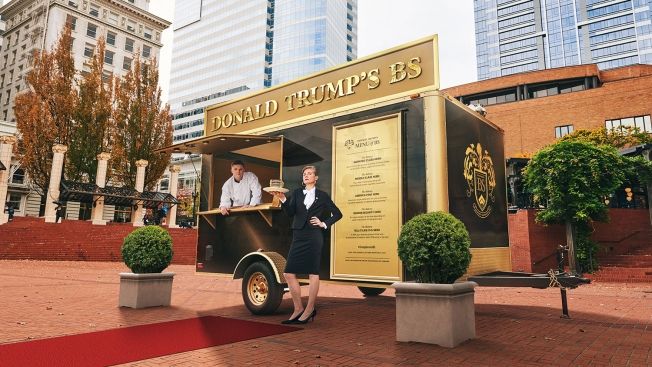 Whilst it is only a food truck there is a clear political stance, as each wrapper challenges controversial remarks made by Trump in the past. The wrappers are called “Working-Class Hero”, “Middle-Class Hero”, “America-First Hero”, “Border-Security Hero” and “Tell-It-Like-It-Is”, and with Trump continuing to dominate media with his sometimes ludicrous statements, these names are extremely tasteful.

The van’s purpose is to meet customers and potential voters and to open their eyes to some of the baloney that comes out of Trump’s mouth. In recent weeks I am sure most people have read or heard about certain comments Trump has made over the years and with this in mind this stunt has come at the perfect time.