Earlier this week there were numerous sightings of seven mysterious riders in London. The cowboys were first spotted in the ‘Wild West End’, trotting around in full cowboy attire. 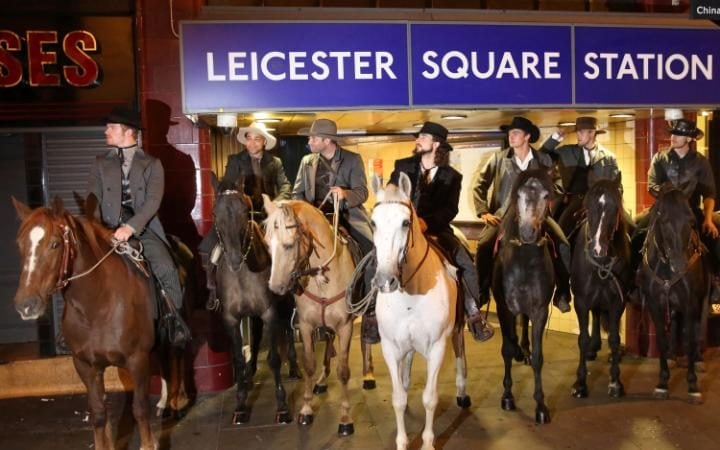 The cowboys and their horses were also spotted chilling in London parks, crossing busy roads and hanging out by Boris Bike stations.

The seven riders finished their tour of London on Tuesday the 20th September, by gathering at Cineworld’s Leicester Square cinema for a special screening of ‘The Magnificent Seven’ film, which is out tomorrow – the 23rd September.

Ah now it all makes sense….

This PR stunt did its job and got people talking on  Twitter immediately:

Tim Lihoreau (@TimLihoreau) tweeted: ‘There were #cowboys outside @ClassicFM towers when I arrived this morning.’

ALL Behind the Campaign Entertainment Other Topical