Top 10 PR and marketing stunts and campaigns of March 2016

In case you missed it, here’s our April Fools’ Day PR stunt round-up (complete up to the point I needed to get on with client proposals, sorry).

No solid gold efforts if we’re being honest, were there? I’ve seen a few people say perhaps we should all take a year or two off as a palette cleanse and it’s hard to argue.

I mean, I want my kids to know the enjoyment of printing a faked P45 and leaving it on a colleague’s desk with a note from Sue in HR to be off the premises quietly by 10am unless they want to be escorted by security, but by the time they’re old enough, I think corporate efforts – some of which went out of their way to instantly and apologetically tell us they were a ‘joke’ – will have ruined the meaning of what was one of my favourite days entirely.

ANYWAY, you’re not here for that, you’re here for this, the ten best PR efforts throughout March, and… I’ll shut up, now.

Here, in reverse order (and based solely on the number of unique views each post received), are the top ten PR and marketing campaigns throughout March 2016:

Through a 90 second video, an Argentinian campaign for drinks brand Schweppes shows a group of 40-somethings explaining to the younger generation how things used to work ‘in the old days’.

Tenuous link, but a good-looking tenuously-linked campaign, at least.

With more than a million views, this stunt from Heineken has a somewhat confusing message because all ends well despite the protagonist’s ‘dilemma’, but it’s very funny and well worth watching.

The conceit – a football fan accepts a VIP ticket to watch Roma vs. Real Madrid, leaving his mates in the lurch. YOU WON’T BELIEVE WHAT HAPPENS NEXT etc etc. 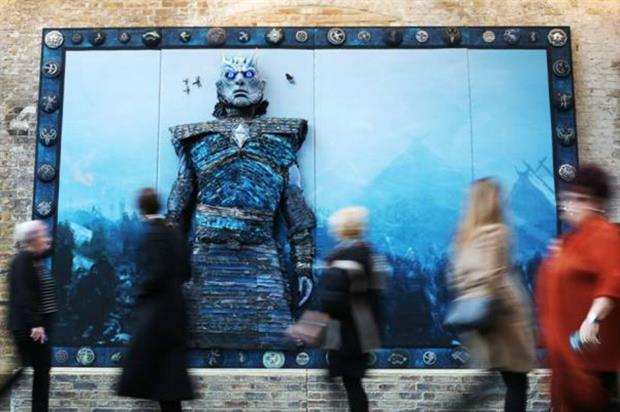 To promote the release of the fifth season of Game of Thrones on Blu-ray and DVD, a 6m x 4m embroidery was unveiled at Central Saint Martins’ Crossing Gallery in London’s King’s Cross, for one weekend only.

The large-scale art took more than 50 people within the UK’s textile community more than 30,000 hours to complete.

7. If Carlsberg did chocolate bars – post by Becca Bateson

Dubbed the alcohol company’s ‘biggest experimental event’ yet, Carlsberg created a 3m chocolate bar, outside its pop-up ‘If Carlsberg did chocolate bars’ shop at the Truman Brewery, Shoreditch.

This is, as I mentioned in the post, one of my favourite PR efforts so far this year.

Actors played out a real-life version of video game HITMAN, controlled by participants who were following the character’s movements remotely.

It was all to promote the newest instalment in the Agent 47 video game series and if you’re not keen on watching the 9 minute main or behind the scenes videos in the post, the shorter version with, yes, the Chuckle Brothers (obviously) is embedded above.

Reality TV ‘star’ Joey Essex has been brought on board by Cup a Soups to promote its ‘Deliciously Thick’ range.

Taking more than 13 hours and 64,800 steps, the artwork shows House of Stark’s wolf insignia and below the show’s famous tagline ‘winter is coming’.

Cadbury placed three four tonne eggs into Loch Ness (each the height of a double decker bus), to recreate the humps of the Loch Ness monster as often visualised.

The photo-led stunt was to kick off its Easter marketing campaign, also including 300 charity egg hunts and a TV ad.

In a photo-led stunt ahead of Cheltenham Festival, betting company William Hill had a three-piece tweed suit created for veteran racehorse Morestead, using 18 metres of Harris tweed – 10 times more than is needed for a standard suit.

1. Want to grab a Nappuccino?

To celebrate the launch of Greggs’ newest coffee range, and apparently in aid of scientific research, the high street food chain set up giant nap pods in London, complete with a bed, blankets, cushions, mood lighting and relaxing music.

It’s fun (obligatory Tower Bridge PR shot notwithstanding) but I’ll be damned if I know why you lot liked this as much as you did. Still, I don’t make the rules.

Your number one, ladies and gents.