How Emojis Can Change The World (And Pizza)

Emojis have been around for donkey’s years; from it’s birth back in 1999 with the likes of MSN Messenger, we’ve been able to portray complex emotions like smiling or crying, without using those terribly complicated words – but now the humble emoji has come of age.

The most worthy proof of this has been from WWF, who’ve recently launched their #EndangeredEmoji campaign. To kick it off, the wildlife charity created a tweet featuring 17 emojis – each representing an endangered species. Then, by retweeting the post, WWF will track your usage of these emojis, presenting you with a voluntary donation amount each month (standing at a suggested £0.10 per emoji use).

A little complicated, but a very clever campaign to – at the very least – raise awareness of the bleak future some of these animals are facing.

But it doesn’t stop there. Not only can you donate to a deserving cause, a universal emoji language is also being developed, breaking down the barriers of global communication (potentially) once and for all. This is all thanks to Fred Benenson, who’s created the Emoji Translation Project, so he can build on his already existing phrasebook, featuring the below: 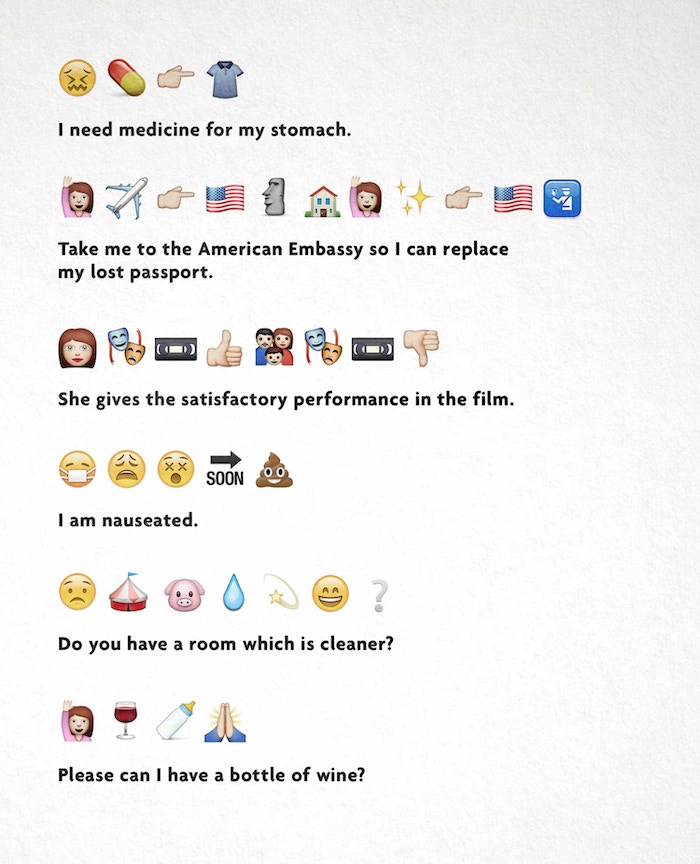 So that’s emoji’s can change the world. But what about the pizza?

Because ordering on your games console wasn’t easy enough, if you’re in the US, you can register for an “Easy Order” account, tell them your pizza preferences, then order said pizza time and time again by tweeting them a pizza emoji.

Just a flick of the thumb and BOOM. Pizza.

And one would assume this is only the beginning. With brands forever on the hunt to crack the millennials, an emoji strategy can be an effective string to your campaign’s bow.