The billboard that is well and truly flamegrilled

Wanting to stand out from the numerous other Steakhouses in the area, the Double Grill and Bar in Yekaterinburg, Russia, launched the below image onto a nearby billboard. It’s clearly a raw steak, but it’s not clear to the general public who’s advert this is, let alone what it means. Is it promoting meat, or is it an anti-meat campaign that aims is to put you off meat? It’s just not clear. 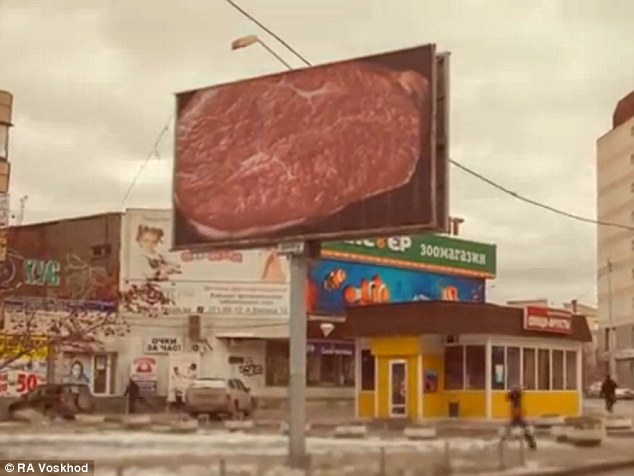 But when day turned to night, two men dressed as chefs appeared and the billboard came to life.

Firstly, they used a flamethrower to set the billboard on fire in 8 straight lines, before extinguishing the flames… 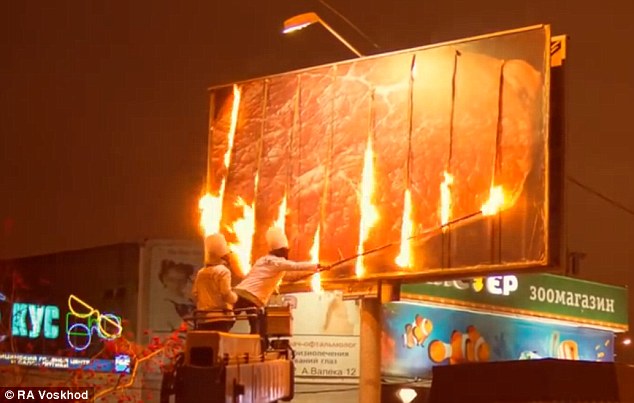 Then they attached the logo and address… and the billboard transformed into a tasty char-grilled steak directing people to the Double Grill and Bar.

You can view the video of the Double Grill and Bar billboard advert below, but I bet that right now you’d much rather eat a steak, eh? That’s a job well-done!