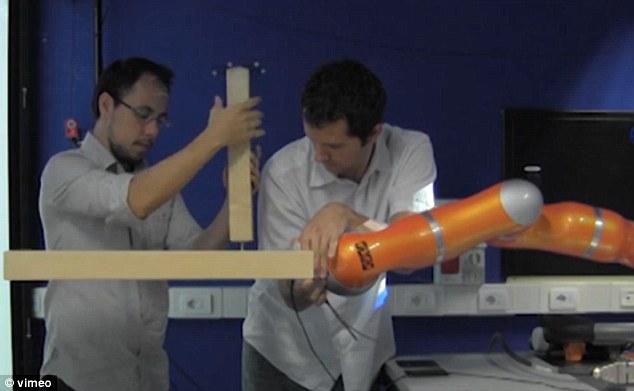 Has anyone, anywhere ever managed to fully assemble flat pack furniture without serious injury and emotional distress to themselves, nearest and dearest and / or the furniture itself? No?
Well, flat pack rage is set to be a thing of the past thanks to researchers from the Italian Institute of Technology’s Department of Advanced Robotics who taught a robot to help build an IKEA table using kinesthetic teaching. In short, the robot ‘learns by imitation’ and can copy what the researchers show it. It’s all part of the trio’s preparations for the AAAI Conference on Artificial Intelligence (AAAI-13) due to take place this July in Washington.
While you’ll see from the video below the project is at
online canadian pharmacy

early stages, it’s already racked up coverage online on Gizmodo and The Daily Mail with more sure to follow. It’s a fun story that will resonate with anyone who’s ever gone to IKEA and returned with more than D’aim sweets. It’d be great if IKEA got in on the act, perhaps helping to solve the flat pack mystery of its more complicated self assembly lines.

Think of the potential – friendships saved, stress levels drop, relationships unscathed by flat pack rage… the world will be a better place with this robot.

3 hours ago  |  Behind the Campaign, Cause Related, Environmental, Other