The Transformers movies are big, bold and brash. So chances are the campaign to launch the new Transformers 3D ride at Universal Studios was never going to be a subtle affair. Working overnight, the public woke to find one of LA’s most famous landmarks appear as if it had been attacked by a Transformer robot overnight, in one very big ambient stunt. Backed up by street corner preachers with sandwich boards, this is a very well executed idea on a pretty epic scale….and certainly won’t have been cheap to deploy. But did it get the results to match?  That remains very much up for debate, with no real stats in the case study video below and surely only a limited number of people were touched directly by it. Its success now could very much depend on just how far this spreads through social channels…. 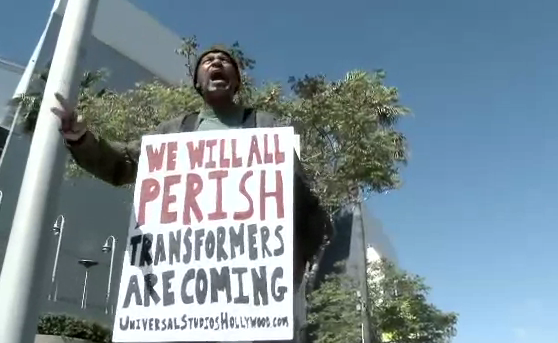