Stella Artois goes back to its roots by launching a premium Unfiltered lager.

Titled “Beer, au naturel”, the new campaign tells the story of a charming European town where people enjoy beer in the nude.

The TVC is supported by print executions. 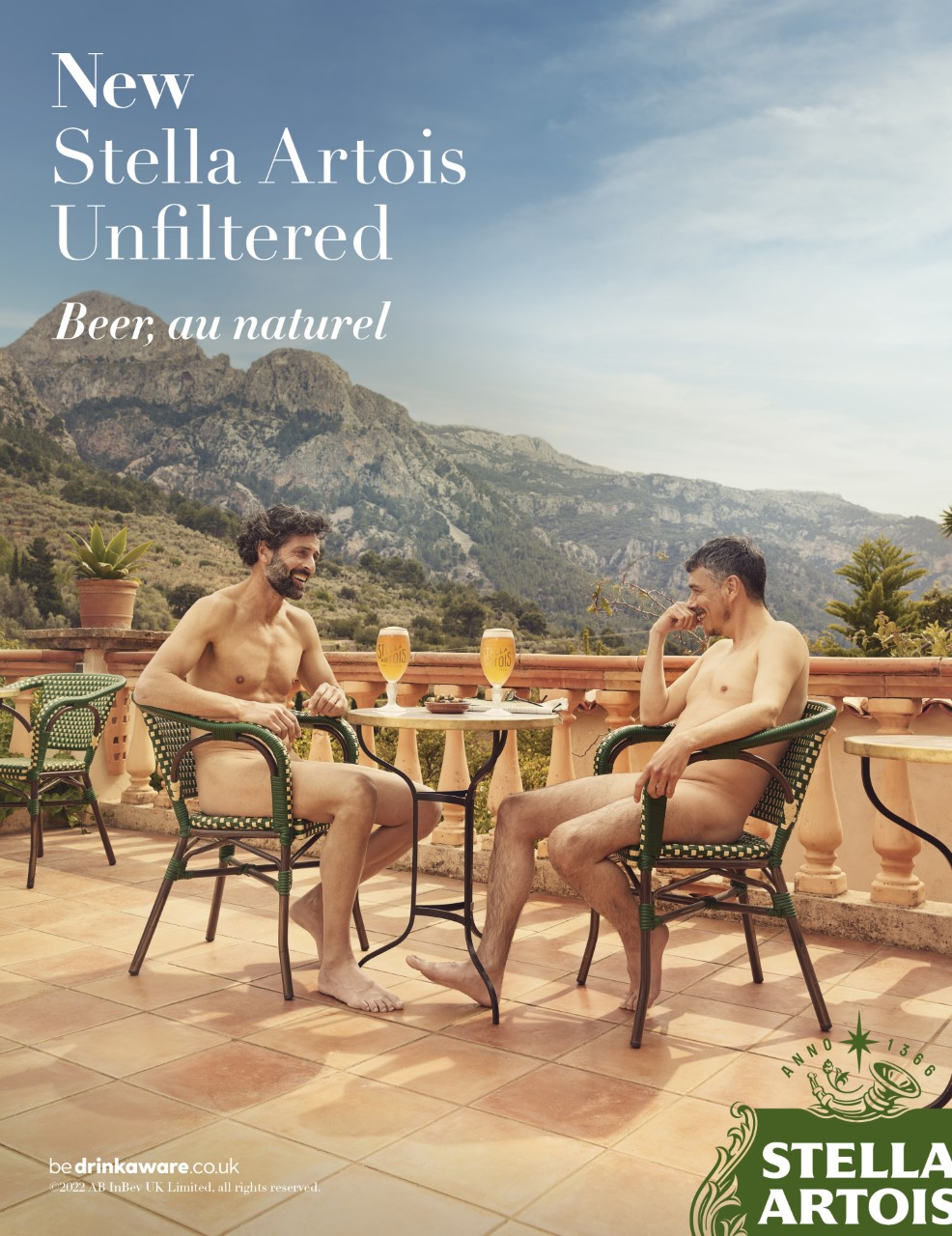 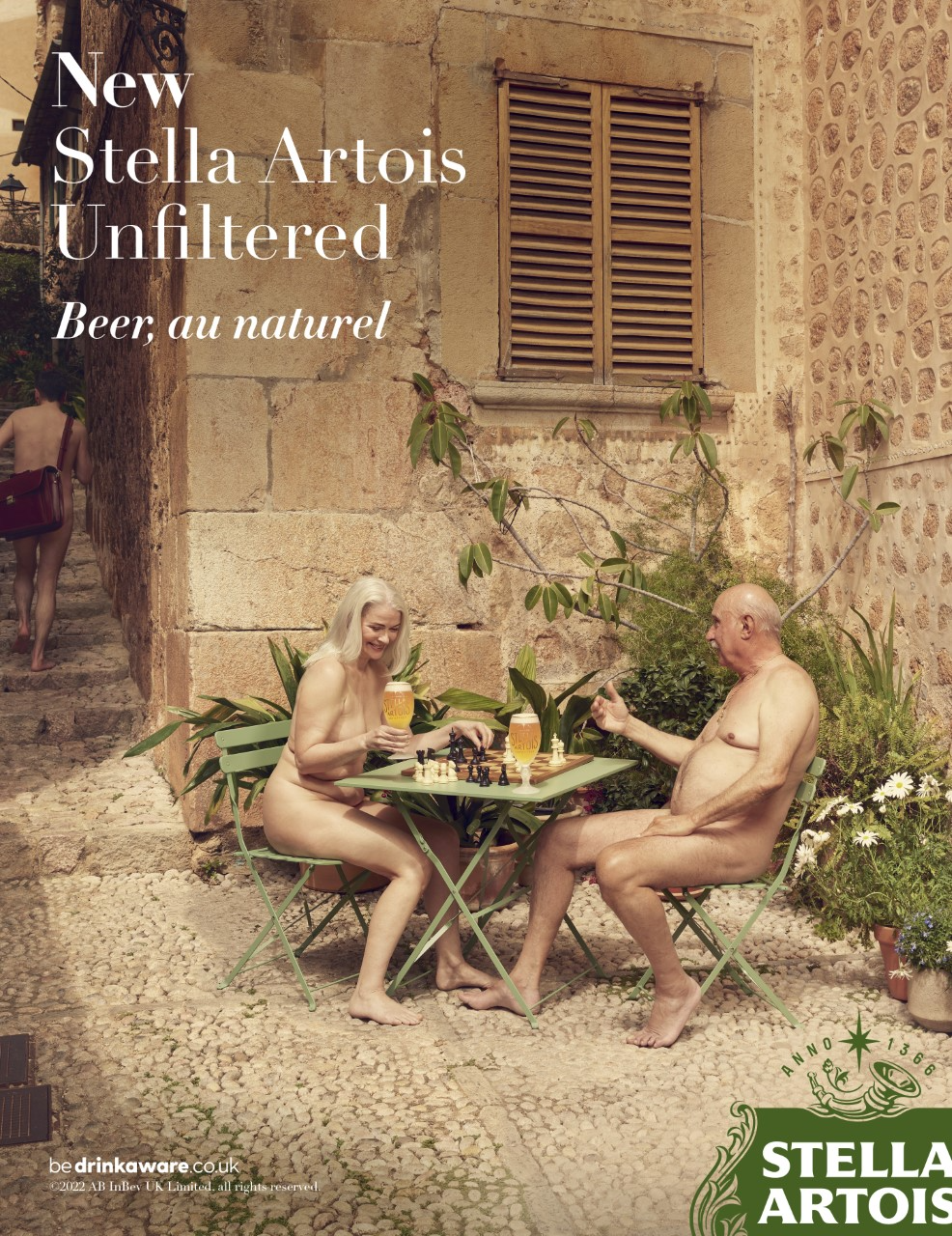 The TV ad follows the journey of a naked barman delivering a freshly poured pint of New Stella Artois Unfiltered to his customers while the posters let us delve further into the slow-paced daily life of the villagers. 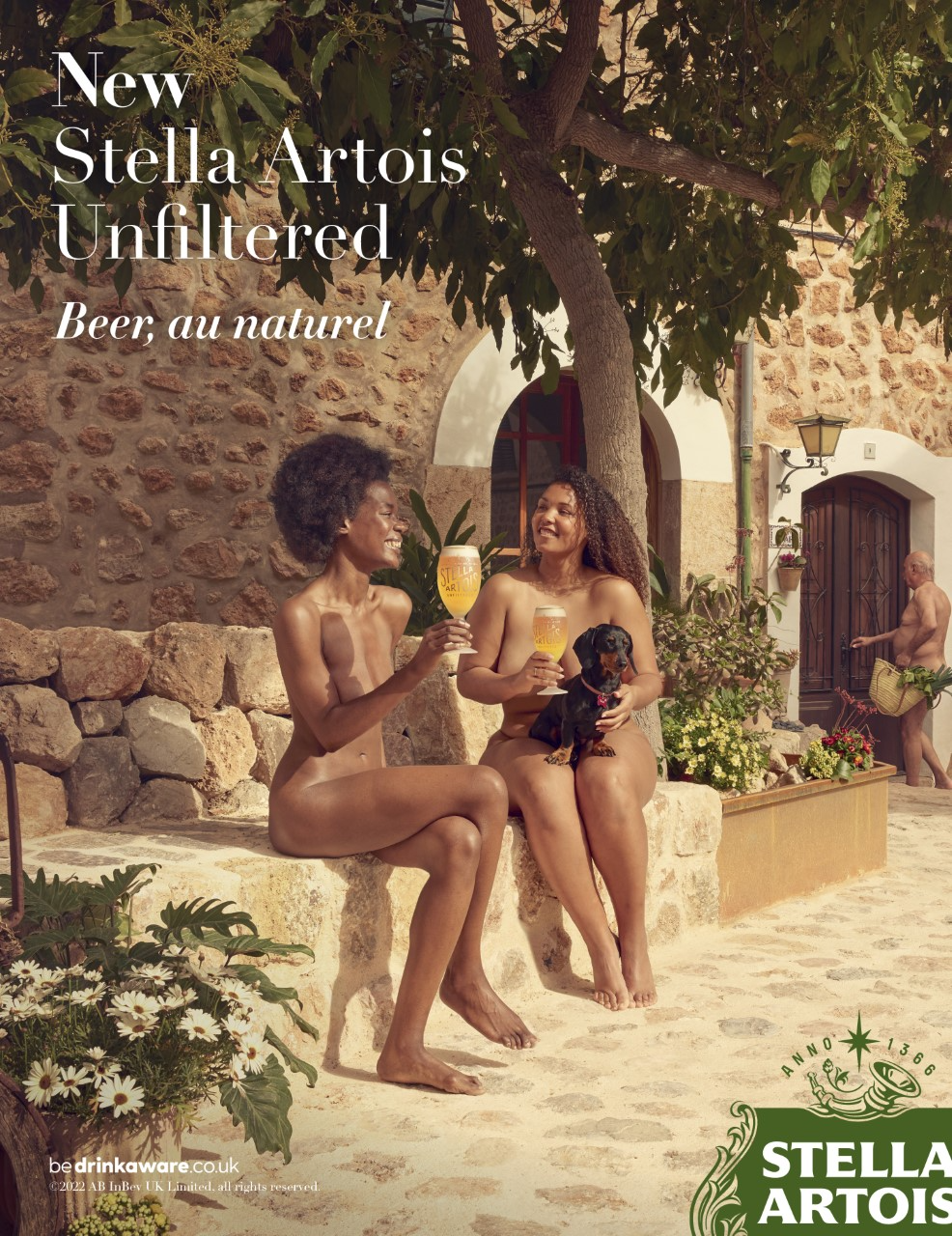 The print campaign was shot by Nick Meek with  the film directed by Autumn de Wilde (Through Anonymous Content).