Burger King has teamed up with creative agency David Madrid to mark the launch of its new ‘plant based’ chicken nuggets, in an admission that they may actually contribute to the already confusing state of the modern world.

The ad shows a host of people facing myriad confusing modern dilemmas; should we buy that eco-washing machine, or is it a terrible thing to own a washing machine in the first place? Is allowing your daughter to dress up as a princess enforcing gendered stereotypes? In a world full of increasing complexities and nuances, Burger King has cleverly highlighted that their plant-based chicken nuggets, might only add to our collective confusion. If we prefer chicken nuggets with no actual chicken in them, does that in fact, make us vegetarian? 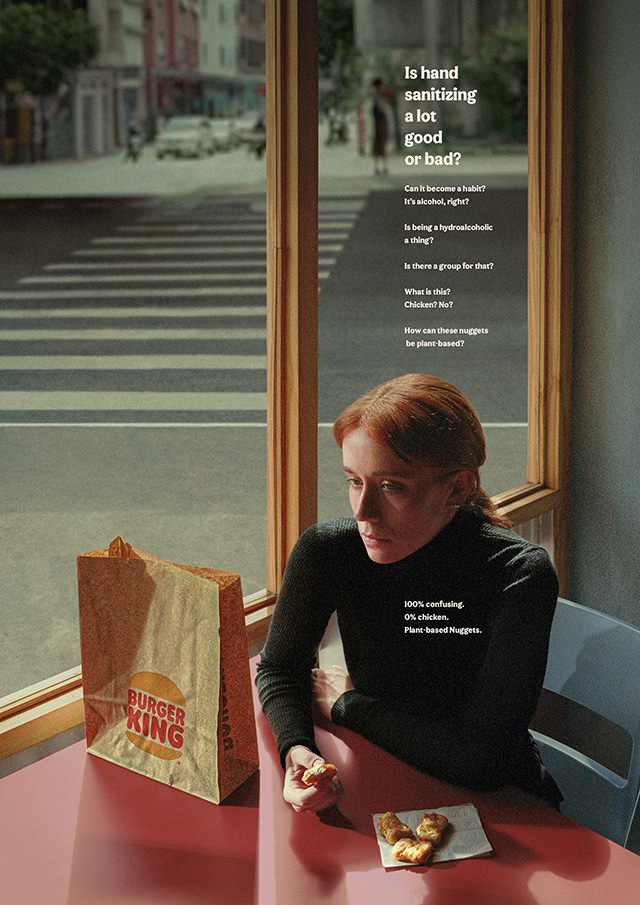 The rise of vegetarianism, veganism and flexitarianism has put pressure on all fast-food retailers to produce plant-based products that look and taste as close as possible to their meaty originals, and Burger King has risen to the occasion with great success, launching the plant-based whopper in 2021, and even trialling a fully Meat-free restaurant for a month in Leicester Square.

The campaign has a darkly comic and ironic tone that plays into the modern dilemma of too much choice sometimes not actually being a good thing and will be supported by radio and print ads. Find out more here.

ALL Behind the Campaign Food & Drink