Last week Mcdonald’s announced their new partnership with BTS by creating the brand’s first-ever limited-edition BTS meal. Set to arrive in May and coinciding with the band’s tour – this exciting one-of-a-kind menu will be available in over 50 markets across the world. 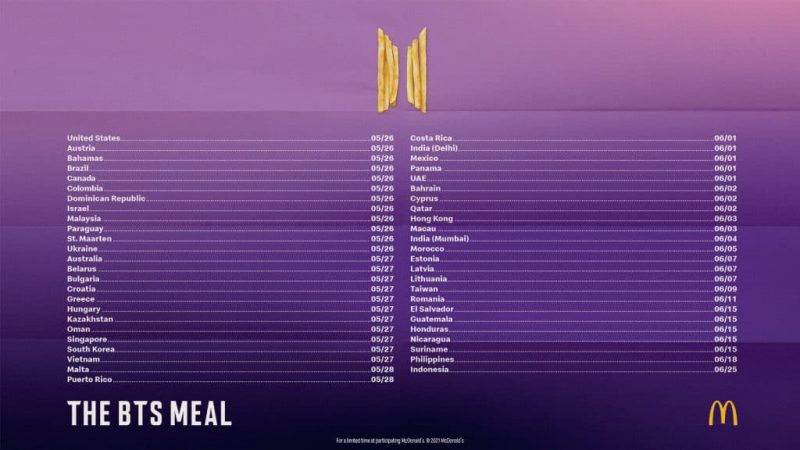 The real excitement began though, when BTS fans (a creative bunch) got their hands on the good news.

Hundreds of hilarious ideas were posted to Twitter, full of made-up potential products and even additional collaborations.

Another knocked out an entire campaign;

Additionally, based on the boybands recent partnership with Louis Vuitton, it was only a matter of time;

Admittedly not all of the posts were as well polished as these examples, but there’s no denying the power behind the BTS K-pop sensations and their adoring fanbase.

Celebrity Food & Drink Inspiration Off the Record Other