Elgiganten, a Nordic electronics company has recently launched an ad campaign that uses VAR calls in live football games to create one-off discounts on their televisions.

As many of us know, when a referee calls for a VAR decision they’ll draw an outline of a television with their hands. Elgiganten made use of this, linking their brand to this simple gesture, and finally making people look forward to a VAR call.
Every time the referee would signal for a VAR decision, an online discount for one of their televisions would be activated, lasting for just one hour.

The time at which the VAR decision is called determines the amount of discount buyers would receive. So, if a referee called for VAR in the 35th minute, customers would receive 35% off a selected television. 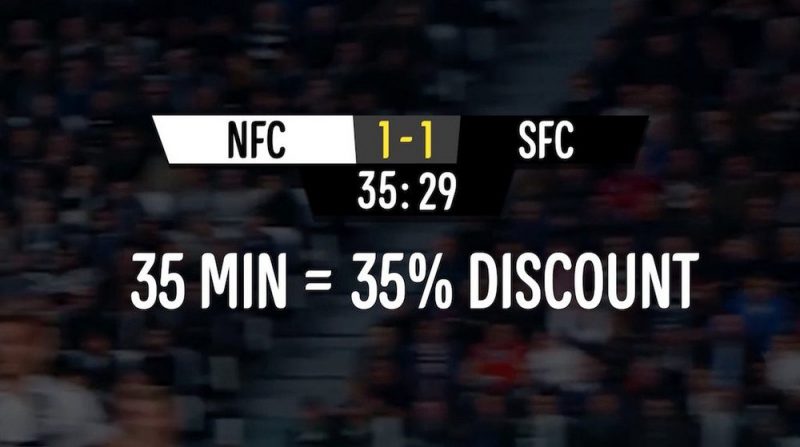 According to ad agency Nord DDB, the VAR discount made its debut in the match between Liverpool and Man City – resulting in a 1-1 draw between the teams but a big win for Elgiganten. In just one hour Elgiganten sold 313 TVs, for 2.4 million DKK (€320751) – more than paying back the cost of the spot.