The anti- Brexit campaign group Led By Donkeys has offered to sell their website thebrexitparty.com to Nigel Farage for over a million pounds.

We own https://t.co/OQ5hfKpVXw. Farage and co have sent us a long legal letter demanding we give it to him. Well, he can have the website… for a million quid, all proceeds to the Joint Council for the Welfare of Immigrants (price goes up £50k a day)

In a smart move back October 2018, Led By Donkeys noticed that the website domain was still available to purchase for a fraction of the price they’re now offering.

Additionally, every day The Brexit Party spends not buying the site, the price will increase by £50,000. All the proceeds of which will be donated to the Joint Council for the Welfare of Immigrants.

Unsurprisingly The Brexit Party’s lawyers have sent cease and desist letters demanding all of their logos and materials be taken down from the site. So far, Led By Donkeys have complied with these requests but are still refusing to transfer the domain name. 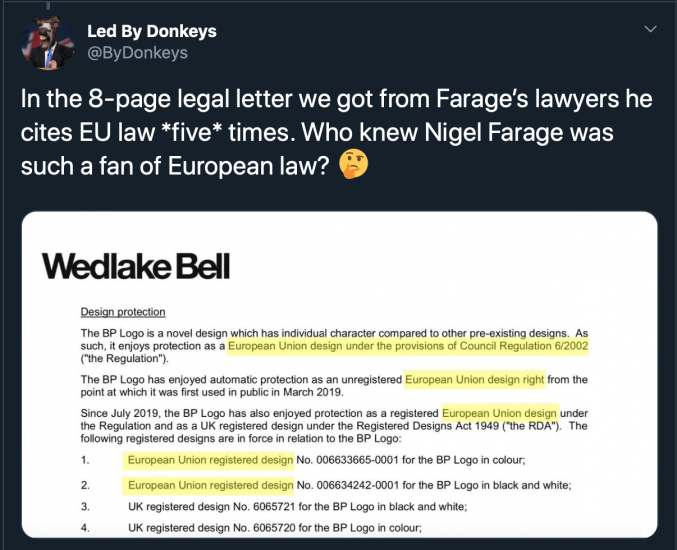 ALL Behind the Campaign Cause Related Entertainment Other Topical