We all know the infamous Brexit bus that stated “We send the EU £350 million a week. Let’s fund our NHS instead”. Fintech company, Monese, has replicated the bus, which received a negative response post-referendum because it was misleading/untrue, in its new campaign.

The start-up has reformed the bus, changing the original £350m statement to promote its new banking offer – “Send €350 million with zero fees. UK and EU banking for everyone.”. 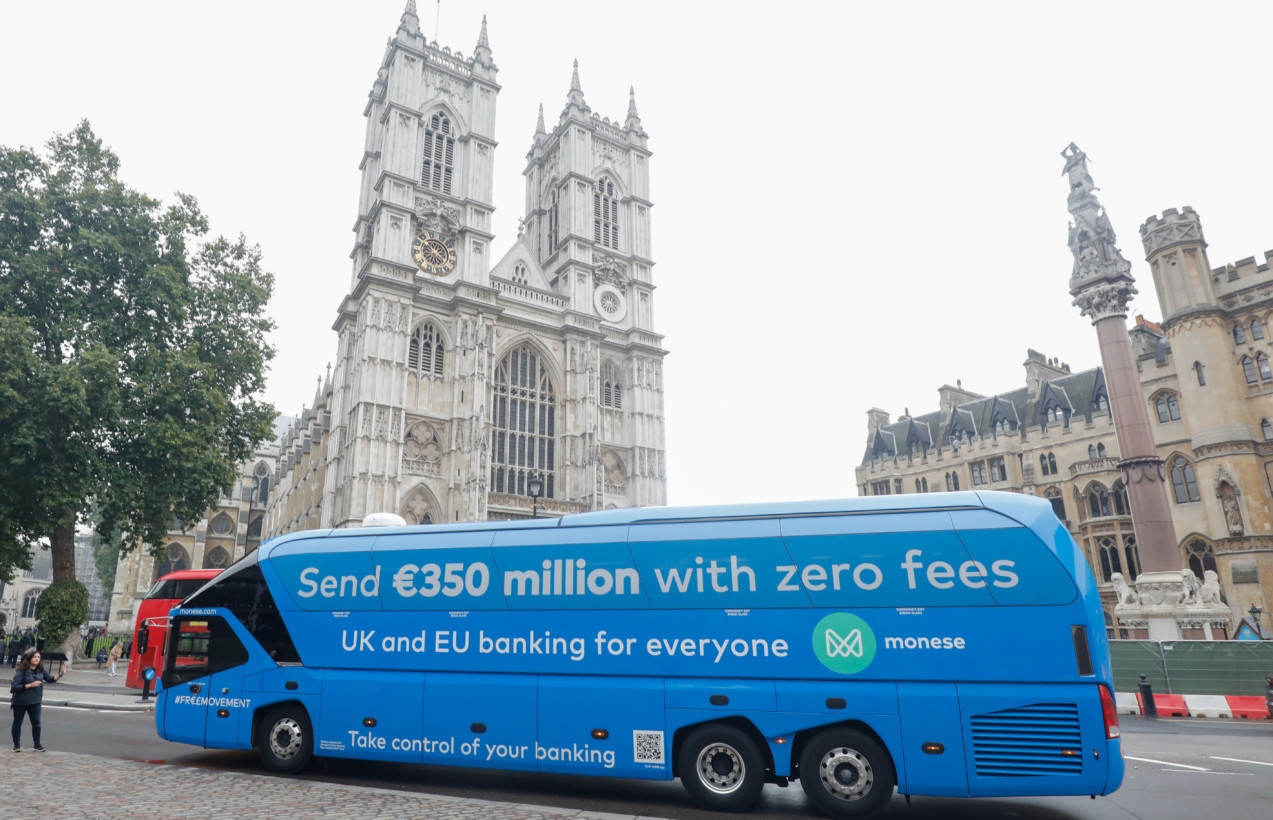 The bus also stated, “Take control of your banking’ on the rear – catching fellow driver’s attention. The company has used the hashtag #freemovement to promote the campaign, as lots of people took to twitter to share images of the bus.

It’s a clever campaign, that has used a well-known, negative promotional tool to its advantage. The campaign has mocked the original bus by including statements such as ‘borrowed from Boris’, which reflects positively on Monese because members of the public find it funny, and therefore share it.

The campaign has already picked up coverage in The Drum, The Next Web and Bloomberg, and is bound to pick up more as it tours across Europe.

23 hours ago  |  ALL, Entertainment, Retail, Technology