In one of the more quaint marketing installations I’ve seen recently, a village just 20 minutes down the road from our office was the surprise chosen location for a stunt to promote AMC’s ‘Better Call Saul‘.

With a population of just 700, Saul in Gloucestershire briefly became the home to Saul Goodman’s ‘new’ office, in what seems to have been the result of an ideas meeting in which somebody said ‘ha, get this – his name’s Saul, right? Well, this village is called Saul, TOO. Bill the client, I’m off to the pub.’

The phone box office of the fictional attorney, first seen in Breaking Bad, tells the back story of the show’s main character, with chairs depicting a waiting room and a sign detailing how passersby can receive “legal advice.” 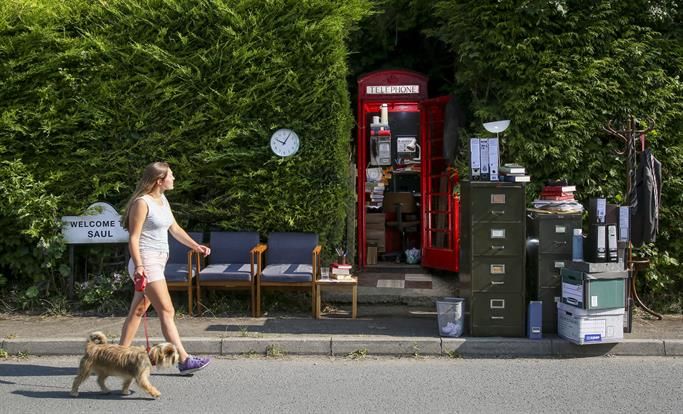 A phone number was also found at the installation – 0800 345 7285. When called, this is the message you hear (not dissimilar to the Ghostbusters hotline stunt):

The stunt was timed to coincide with and promote Better Call Saul’s UK network debut on AMC, exclusive to BT customers.