KFC and Robinsons team up to promote Wimbledon 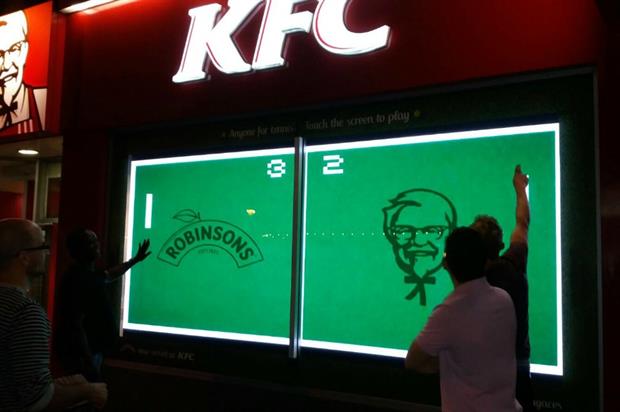 The fast food brand and drink giant have brought an interactive version of the classic game Pong at KFC’s Wimbledon High Street Store to celebrate this year’s Wimbledon Tennis Tournament. The pop up interactive screen has been positioned to attract tennis fans as they make their way to the championships.

When the game is not in use it serves as an advertising board for both KFC and Robinsons. To activate the game players must touch the screen and can control their own paddles using the interactive screen.

I like the campaign as it’s topical and has direct links to both brands, especially with Robinsons’ previous involvement with the Wimbledon Championships. The interactive board also drives footfall directly to the KFC store, drawing customers’ attention to the front of the store.