As part of TV channel Nat Geo Wild’s Big Cat Week, a fifth lion sculpture has been added to the four already in place at Trafalgar Square, London. The installation, made of more than 500 clockwork parts, aims to communicate that ‘time is running out’ for Africa’s wild lion population. 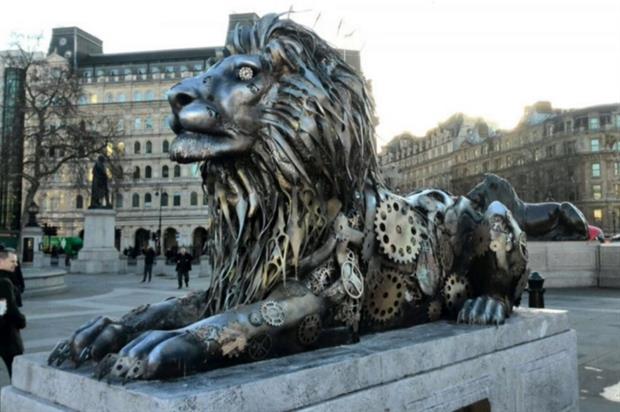 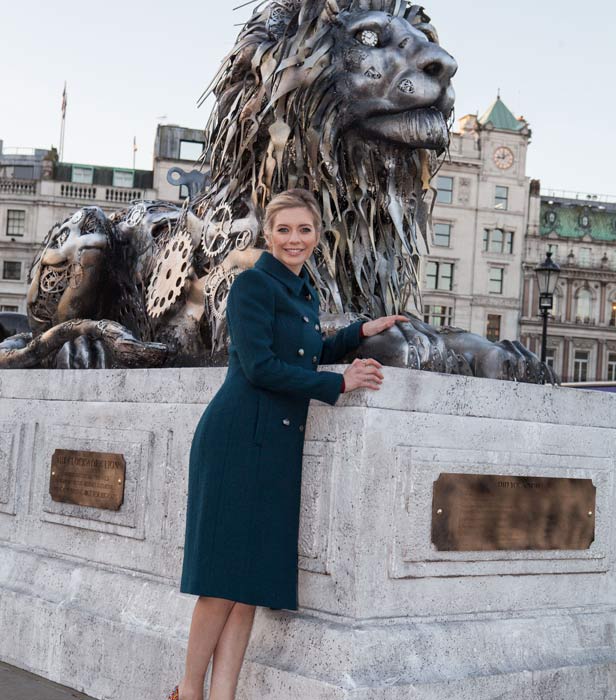 The sculpture will remain in Trafalgar Square for a limited time, after which it will be auctioned off to raise money for the Big Cats Initiative.

According to this on BT.com, Lions were last month added to the endangered species list, with a drastic population decline of nearly 50% in the last twenty years.  The current population estimated is to be as low as 20,000 in the wild.

Agency Premier is working with National Geographic to stage the stunt, while Sketch Events created the sculpture. The lion follows Premier’s previous ‘T-rex autopsy’ work for the TV channel, which was featured on PRexamples here.